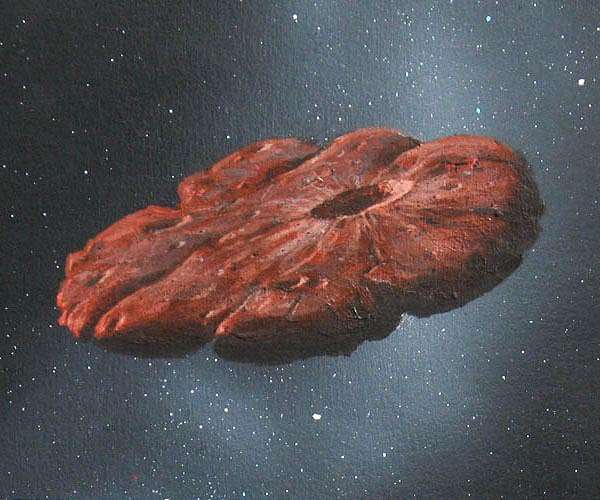 Oumuamua was name given to the mysterious interstellar object that passed through our solar system in 2017. What’s special about this object was, it happened to be the first that had come from ‘outside’ our solar system. 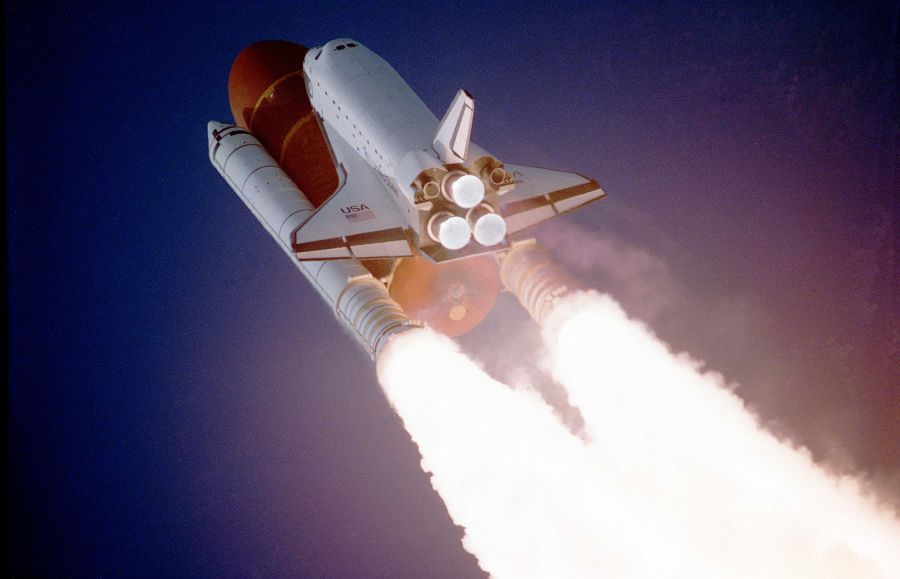 Storage and pumping fuel to rocket engines are the main challenges for travel beyond Earth and between celestial bodies. Researchers at Washington State University (WSU) have come up with an interesting idea of paper folding technique to bring about the desired architecture. 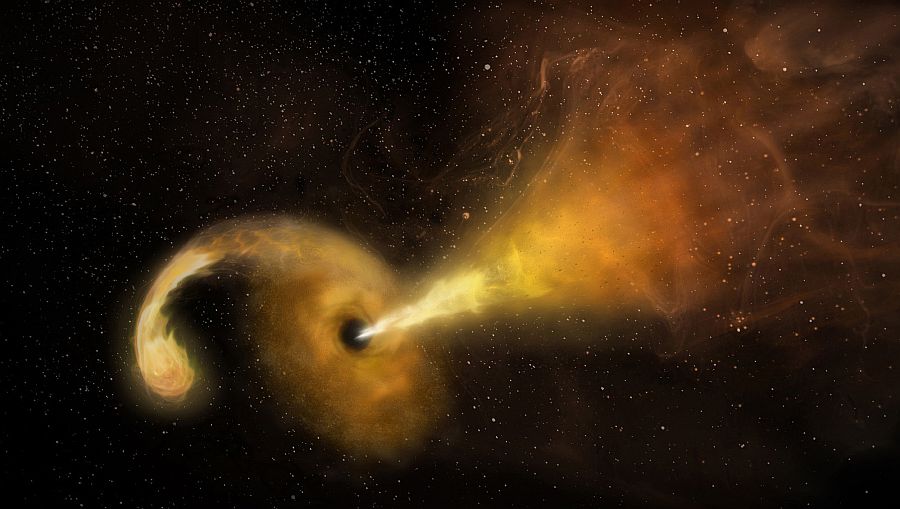 Dark matter is one of the key ingredients in the understanding of evolution and in the formation of galaxies. Majority of scientists are of the view that dark matter consists of weakly interacting massive particles (WIMP). It is because of their weak interactions with matter that we see around, it becomes extremely difficult to detect.

Until now, astronomers had classified nuclear fusion that is taking place within the core of the Sun is due to Proton Proton Cycle. However, an international scientific collaboration at the INFN Gran Sasso Laboratories, Italy were able to detect neutrinos in the Sun by the CNO cycle. 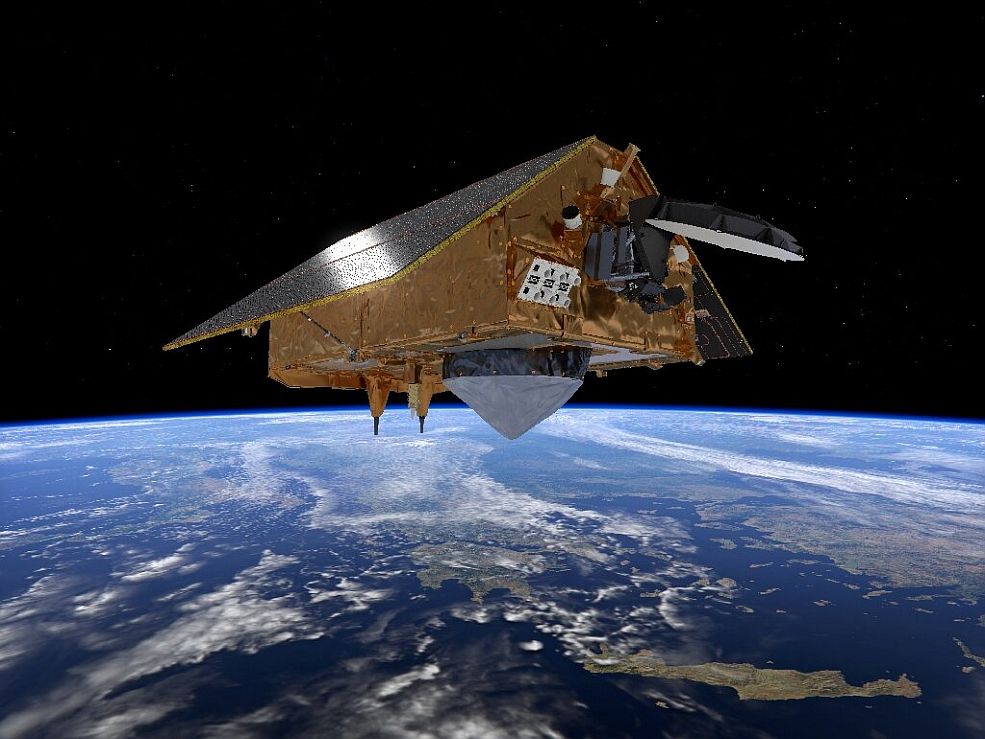 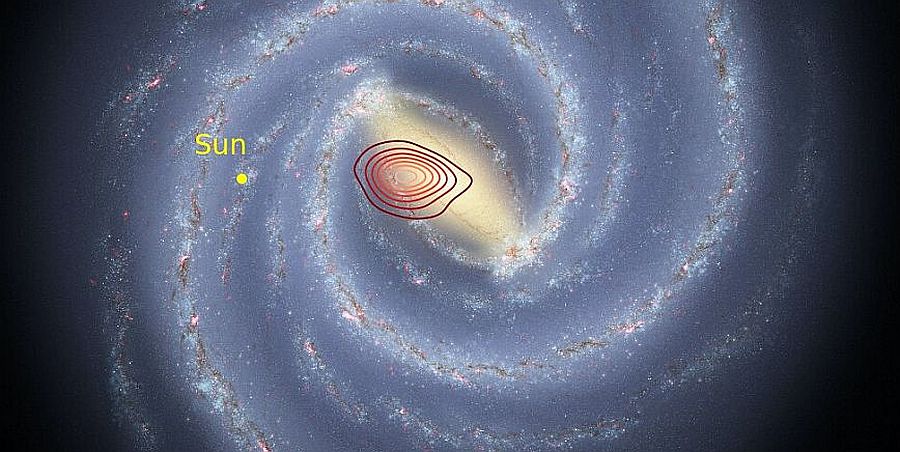 Data from the Sloan Digital Sky Surveys’ Apache Point Observatory Galactic Evolution Experiment (APOGEE) has hinted at the presence of possible “fossil galaxy” within the core of our Milky Way. 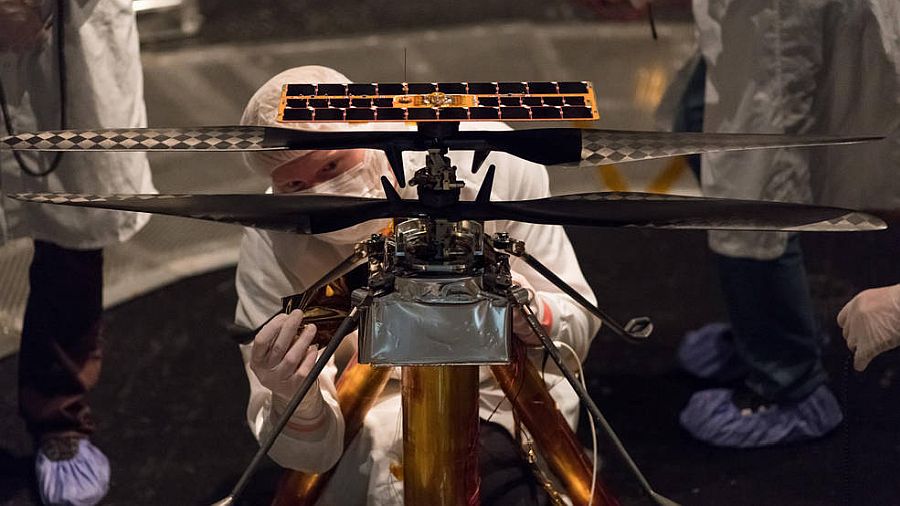 One of the most famous quotes from Interstellar ‘Mankind was born on Earth. It was never meant to die here”, throws light on the intrinsic fear that we all have. Fear of being extinct. Mankind wants to leave the planet Earth, thus escaping extinction. And this is the motif behind all missions of Mars. 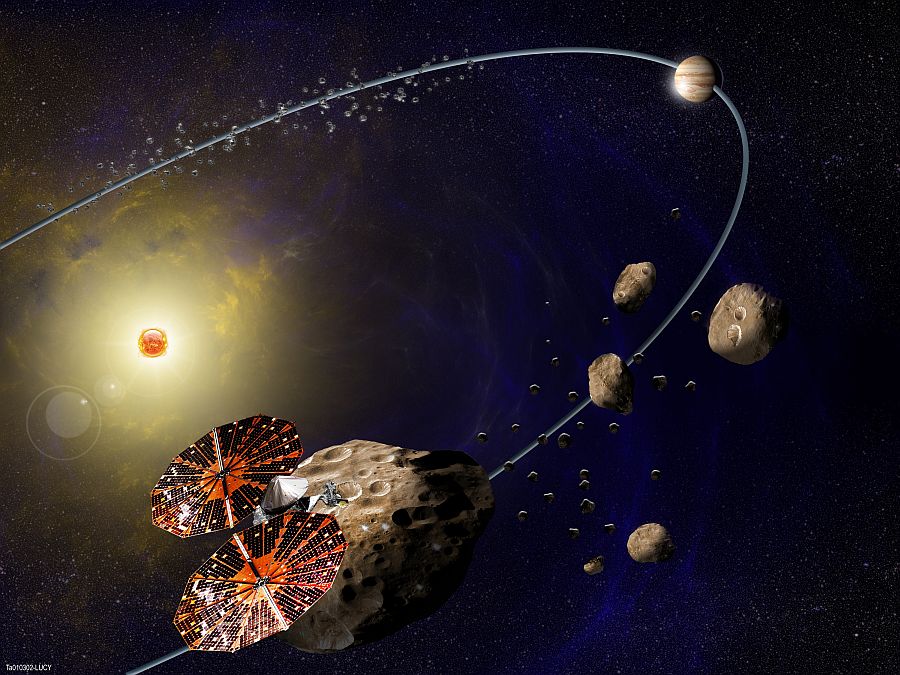 COVID-19 coronavirus pandemic has forced the world to halt all its processes. Be it huge corporations or small budget enterprises, everything has come to a standstill. 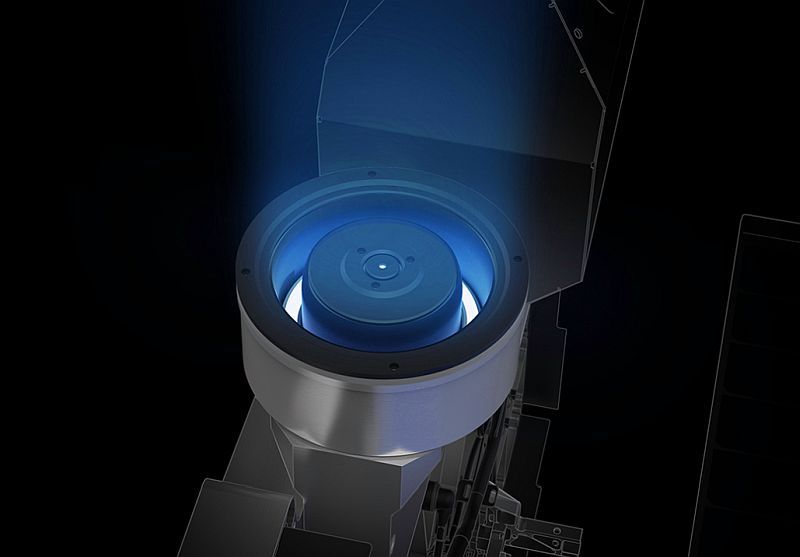 Our devices might never go out of internet coverage area. Musk plans to provide global internet connection to everyone and anywhere in the world. Connectivity speed too will be above average, that is, more than home WIFI (50Mb/s). 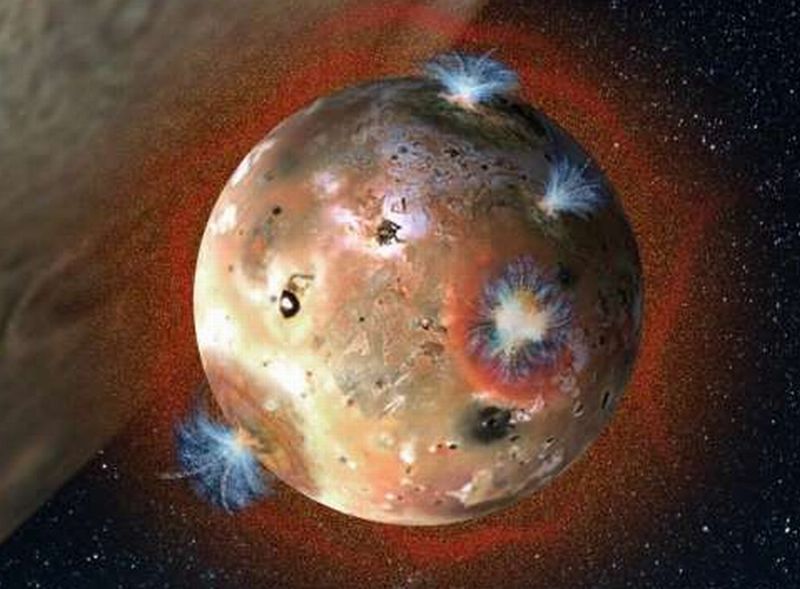 Documenting atmospheric changes in eclipse on Io, the innermost of the four Galilean moons of the planet Jupiter, has always been a challenging job. The darkness caused by planet’s shadow makes it impossible to observe atmosphere on its moon. 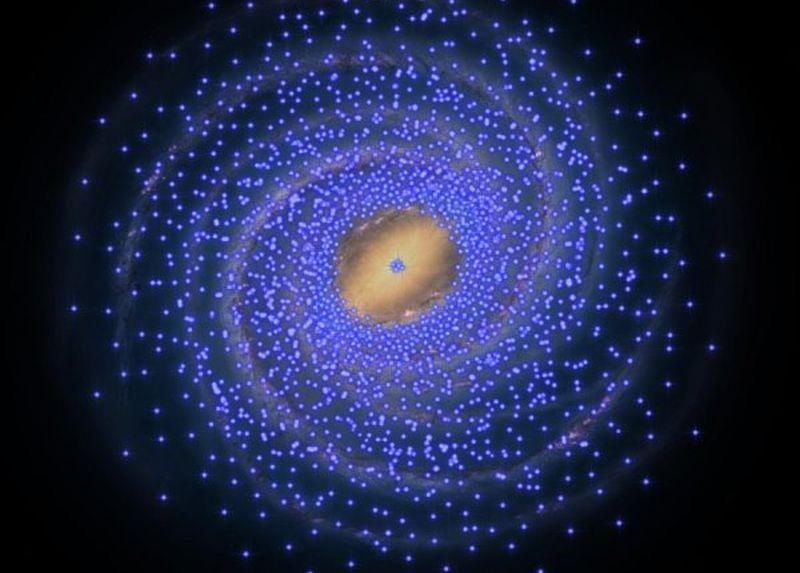 Recent research lead by Prof Noriyuki Matsunaga and his team of astronomers at the University of Tokyo suggest that our understanding of Milky Way Galaxy is still not complete. The team discovered that major portion of the region surrounding the center of our Galaxy is devoid of young stars, a study that contradicts the conventional thinking. In an interview covered by Universe Today, Dr. Andrea Ghez, a professor of physics and astronomy at UCLA, said the probability of formation of young stars at the center of the galaxy is high.… 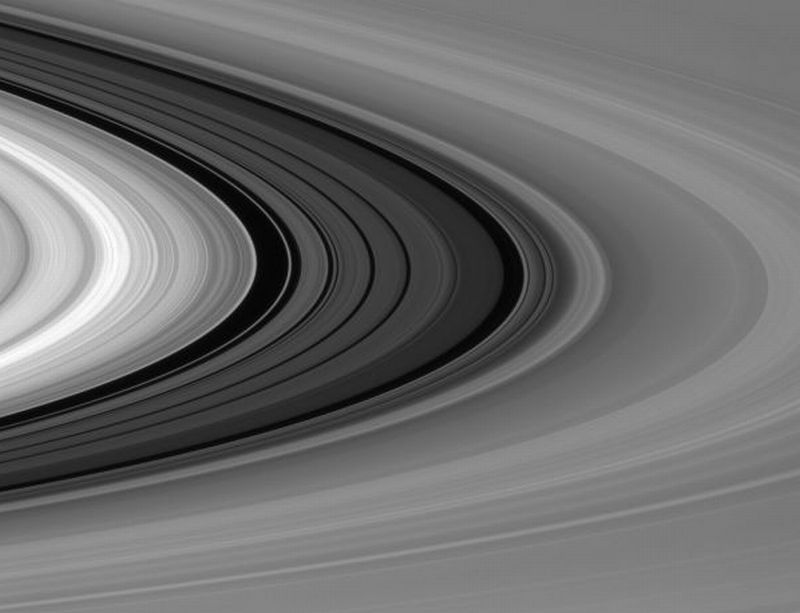 The rings around Saturn appear to be wrapped around the intersection of the planet’s edge or layer near the horizon. The atmospheric limb here acts as a gigantic lens.

NASA’s WISE has surfaced a far-flung galaxy, which is supposed to be shining intensely with infrared light with an intensity of nearly 300 trillion suns. The extremely luminous infrared galaxy (ELIRGs) is one of the most luminous galaxies to be discovered till date. Space evolution Chao-Wei Tsai at NASA’s JPL claimed that they have been witnessing an enormous stage of evolution taking place across galaxy. They are assuming that the source of the intense light could be from the growing spout of the galaxy’s black hole. According to Professor Andrew… 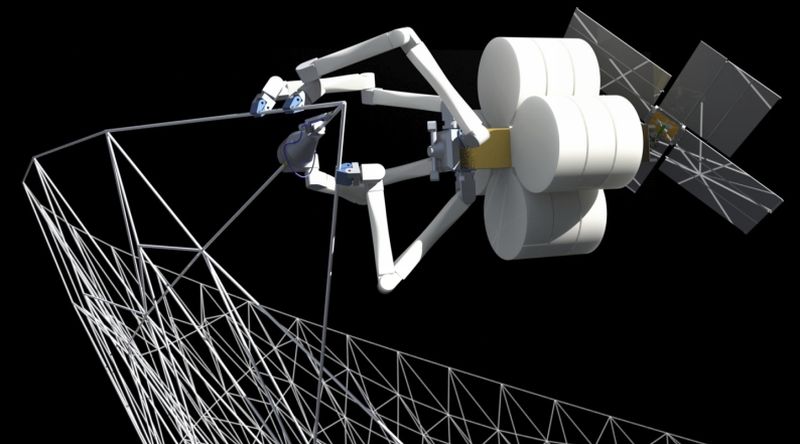 Tethers Unlimited, an American aerospace company is busy making ‘SpiderFab’, a manufacturing system inspired by spider’s web making concept. The arachnids like robots are being built with an aim of placing gigantic objects and building big structures in orbit and beyond. For instance, these spider bots could be employed for constructing huge radio antennas, the extendible spacecraft booms, multiple solar panels, trusses and other multifunctional structures within the coming ten years as stated by Rob Hoyt, CEO and chief scientist of Tethers Unlimited. 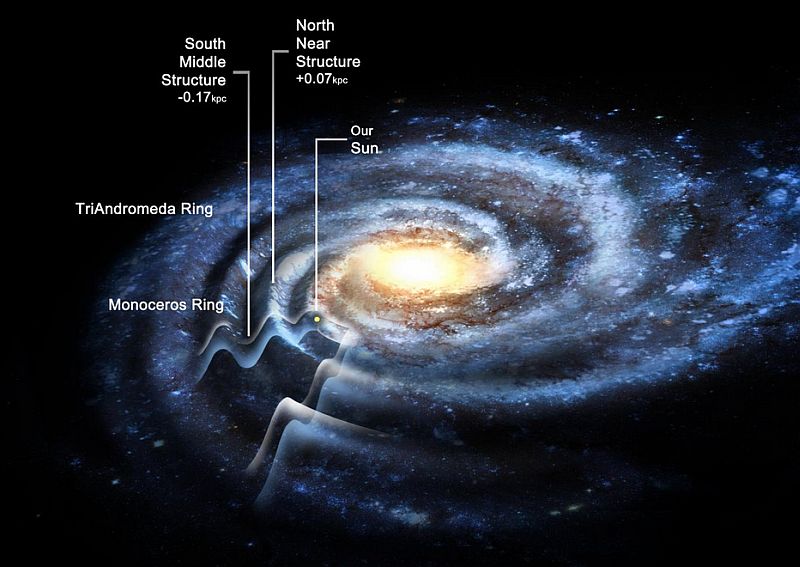 As per the latest astronomical research, the galactic disk is molded into many concentric ripples, which makes our Milk Way more than 50% larger than currently estimated. According to the study led by Professor Heidi Jo Newberg at Rensselaer Polytechnic Institute, there exists a circle of stars which is protruding towards to the outside of the Milky Way. The conclusion has been drawn by re-visiting the data that was gathered from the Sloan Digital Sky Survey three years ago.