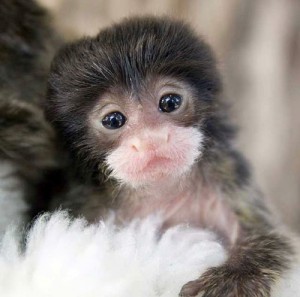 In one study, Scientists Rachel Morrison and Dianna Reiss of the City University of New York found that the cotton-top tamarins (Saguinus oedipus) are able to whisper to members of their own species when approached by what they may consider as possible predators. It was discovered that these cute small-sized monkeys tend to use “low amplitude signaling” that humans cannot naturally hear. The scientists used spectrograms –a visual representation of the spectrum of frequencies in a sound– to analyse what was once thought to be a silent response to potentially harmful predators present in the tamarins’ environment.

In another study done by researchers at The University of Texas at Austin, it was found that two species of tawny brown singing mice use high pitched rapidly repeated notes called trills so as to define their territories. These two species are the Alston’s singing mice (Scotinomys teguina) and Chiriqui singing mice (S. xerampelinus), both of which are found living deep in the mountain cloud forests of Costa Rica and Panama.  The two species were originally known to produce trills to attract mates and fend off competition, but the new discovery shows that they also use their voices for territorial purposes. While many species of mammals are known to use their fur and urine scent to set the boundaries of their territories, these mice basically “scream out” announcing to others that they own that spot.

Following is a video of an Alston’s singing mouse giving others a territorial shout-out:

Bret Pasch, a postdoctoral fellow in the Department of Integrative Biology and lead author on the paper stated that many rodents, including ones often domesticated  such as mice, rats and hamsters, actually produce complex vocalizations, which are usually high-pitched and above the range of human hearing.