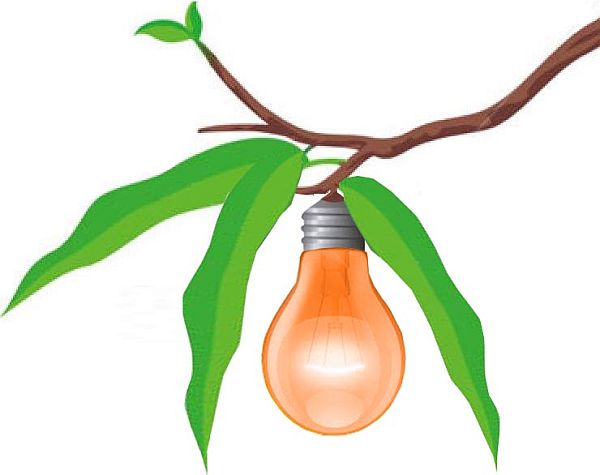 Humans have been harnessing the power of solar energy since 5th century. During the ancient era, designing and construction of buildings were done in order to maximize the energy of sun. Unlike any other forms of energy, solar energy is ubiquitous; it not only supports but also forms the basis of almost every form of energy we consume.

Efficiency level of – man made – solar panels is somewhere between 12 to 17 percent, which happens to be a fraction of energy which we receive from sun but plants have different dynamics. Their efficiency level is capable of transforming 100% solar energy into chemical energy for their survival, hence they are the undisputed champions of solar power.

Keeping the efficiency level of plants in mind, researchers at University of Georgia have come up with an innovative way of generating electricity from plants. The process maneuvers the plants’ proteins that are present in thylakoids (sacs responsible for capturing and storing energy from sunlight) by breaking up the route along which electrons flow.

These tailored thylakoids are then passed through to a custom designed carbon nanotubes, cylindrical structures that are nearly 50,000 times finer than a human hair. Acting like an electrical conductor, these nanotubes would then capture the electrons and transmit them along a wire.

Photosynthesis is a process through which plants make their food. They take up sunlight and split water molecules into hydrogen and oxygen, which further produces electrons. These electrons are instrumental in producing sugars that plants use to fuel growth and reproduction.

The scholars believe that tapping photosynthesis for electricity could be a source for low power gadgets like remote sensors or portable electronic devices.

Theoretically, the process does sound promising but practically how far it’s viable is still under consideration. As is the case with solar panels, there is a possibility of exhausting up of photons, as many electrons might go not collected by the external circuit (nanotubes). Whatever said and done, challenge would be to create a foolproof system of dense assorted photosystems connected to an electrical network along with controlling the redundancy (escaping) percentage of photons.

For an instant, let us assume that the problem of conversion efficiency is resolved so the next question that looms before the humanity is, by taking up plants only nurturing power aren’t we making the flora living on the edge.