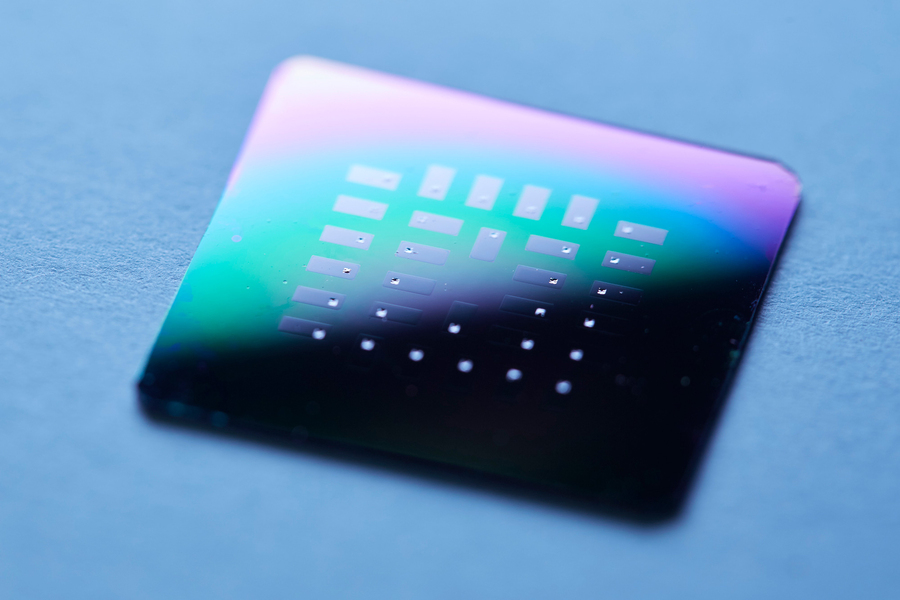 In the coming two decades, nanotechnology will surely touch the lives of nearly all people across globe. As technology progresses, we will experience next generation sensors embedded in all things that we use, including our clothes, kitchen and within ourselves. Yes, IoT is coming here to stay. So, the next question is what will be the efficient power source for these devices, especially the implantable sensors and drug-delivery systems?

Researchers at MIT have paved a way for glucose powered medical implants. With their newly designed glucose fuel cell, they are able to convert glucose directly into electricity. The nano device is 400 nanometers thick, that is, nearly 1/100 the diameter of a human hair.

The new nano-device not only generates 43 microwatts per square centimeter of electricity, it can also endure temperatures up to 600 degrees Celsius. Which means, the fuel cell can withstand high-temperature sterilization process that is required for all implantable devices.

Ceramic is used for the core of the device since the material can maintain its electrochemical properties at extreme temperatures and miniature scales.

Researchers envisage that their innovation can be fabricated into ultrathin films or coatings that can envelope implants to power electronics via body’s abundant glucose supply.

Philipp Simons, MIT, developed the design as part of his PhD thesis. As per him, human body is saturated with glucose hence, harvesting this energy to power implantable devices is an achievable feat.

Jennifer L.M. Rupp from Technical University Munich in Germany, also Simons’ thesis supervisor, postulated that battery takes up 90% of an implant’s volume. Interestingly, the new fuel cell will mask the implant and power it with no volumetric footprint.

Dr. Rupp is the brain behind the innovative fuel cell. In 2016 she was in her doctor’s office, for a routine glucose test towards the end of her pregnancy. In the waiting room, she thought about the possibility of amalgamating sugar and electrochemistry. Then it occurred to the possibility of creating glucose-powered solid-state device. And then she drew the first drawings on a napkin over cup of coffee with Simons, recalled Dr. Rupp.

The concept is not new

The idea of glucose powered fuel cell is not new though. The concept was first surfaced in 1960s. At the time, glucose fuel cells were made of soft polymers powered by lithium-iodide batteries. And since then, it became the standard power source for all medical implants.

Pertaining to the size of batteries, it has its limitations. Basically, the design involves physical capacity for storage of energy. But when it comes to fuel cells, they do not require the storage part hence, all that volume is not required since, they directly convert energy in a device.

It is in the recent times the researchers have started exploring the options that they can derive to create body’s glucose-based fuel cells.

In terms of design, a glucose fuel cell consists of three layers:

The top layer (anode) reacts with glucose in bodily fluids, and converts it into gluconic acid. This electrochemical conversion displaces two protons and two electrons. The electrolyte (middle layer) isolates the protons from the electrons by conducting the protons through the fuel cell. During which they combine with air to form molecules of water. The H2O molecule then flows away with the body’s fluid. In the meantime, the isolated electrons (that exists separately without any bonding with other atoms) flow to an external circuit, where they can be used to power the electronic device.

Up till now, the middle layer, also the electrolyte, is generally made from polymers. Due to the non-robust property, polymers usually degrade at extreme temperatures. Additionally, they become unstable at nano scale and are difficult to sterilize. Therefore, researchers thought of replacing the material with ceramic.

Ceramic is not only hard and robust, it also comes with an advantage of long-term stability, small scalability, and silicon chip integration, said Dr. Rupp.

The material is already studied for its application in cancer research community. And it is similar to zirconia, white crystalline oxide of zirconium, which is also used widely in tooth implants, added Simons.

The team sandwiched the electrolyte with platinum-based anode and cathode. They fabricated 150 individual glucose fuel cells on a chip. Each chip measured around 400 nanometers thin to about 300 micrometers wide.

To prove that the new device can be paired with the widely used semiconductor material, the researchers photolithographed the cells on top of silicon wafers. Then they tested the amount of current produced by flowing a solution of glucose over each wafer in a controlled manner.

The result showed that about 80 millivolts of peak voltage was produced by majority of cells. As per the nano size of the cell, the power density (amount of power per unit volume) is quite high than any existing glucose fuel cell design.

Researchers are quite excited and they envision that with the current power density the implantable device can generate sufficient electricity. And it could also prove very good replacement for batteries that exhibit limited scale-down potential without sacrificing capacity.

The future looks bright for the ceramic based micro glucose fuel cells. And very soon, the technology will power the next generation of nano scale implantable medical devices.