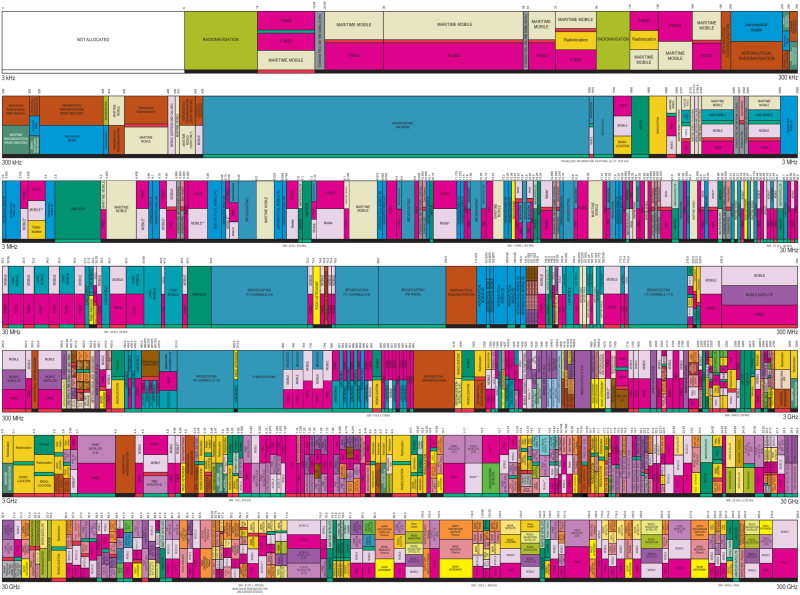 Devices have exceeded the number of people inhabiting on Earth. Everybody wants to stay connected in the virtual world with all the devices that they have. If the trend continuous and reaches the threshold of 50 billion, we would be left with no internet spectrum to connect with.

Microsoft’s Stefan Weitz asserted that most devices and applications today use a single frequency.

If we were to build mobile apps and devices that were ‘frequency intelligent,’ they could use Wi-Fi (2.4GHz and 5GHz), Bluetooth (2.4GHz) and a variety of cellular network frequencies depending on the carrier, rather than be locked to a single frequency, he noted. Software-defined radios could enable future devices to hop across frequencies as environment dictates. Similarly, an app that moves a lot of hi-def video would be self-aware enough to know that it could use the software-defined radio and hop on a frequency that has less contention for bandwidth.

He further said that with the increase in variety of mobile Internet devices across wristwatches, home appliances, eyeglass frames, driverless cars we’d reach the point of overcapacity sooner than we postulate. And then buying internet for devices will become a thing of privilege.

Need of the hour

In order to combat the ensuing congestion problem, Weitz suggested making a switch towards older Internet technologies. For instance, mobile apps must be developed in such a manner that they support lower frequencies so that the higher frequency is reserved for other productive uses.

Social networks may run on slower networks and Skype may take 4G connection.

Main huddle with this approach is that higher frequency is the USP of major mobile service providers. Plus, speed and new technology go hand in hand. People too prefer going from 2G to 4G networks. We are always anticipating more from new launches and upgradations and so are our expectations.

Need of the hour is to re-think at this juncture. Instead of looking up for more from technologies, we need to make use of the existing but limited capabilities of what we have already.

Extending the lifecycle of old technologies

There are booming markets of old, second hand and re-cycled cellular phones in developing countries. These devices have been discarded by the richer nations. Ability to bank using SMS via the oldest of phones is a proof that we have more than we need. Yet instead of harnessing the existing, we are craning our necks and asking for more.

Frequency allocation map of US alone is enough to show how crowed the space has become. As mentioned above, if the trend continuous, the spectrum would no more be able to accommodate the internet connected devices and related data. The only hope is to exploit it more resourcefully.

The workings are under progress. If only the devices can work like self aware bots and/or work beyond 700MHz. This alone cannot be done by, nations across the globe need to work in sync amongst each other in order to reach a point of smarter spectrum allocation and, more importantly, smarter use of it.

Whatever said and done issues around spectrum allocation are not that easy to get the things right.