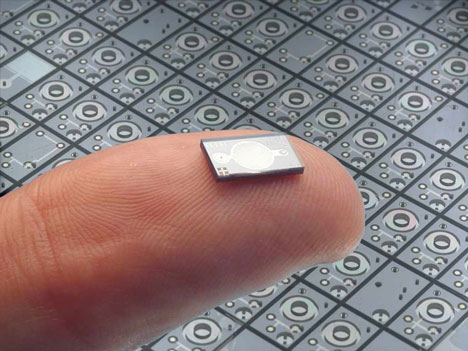 Seismologists from Italy, Antonino D’Alessandro and Giuseppe D’Anna have postulated that small sensors that are employed for adjusting the screen orientation may assist in creating an urban seismic network. They compared LIS331DLH MEMS accelerometer installed in the iPhone with an earthquake sensor EpiSensor ES-T force. And concluded that MEMS accelerometers can identify earthquakes with magnitude 5 and above especially when located near the epicenter.

MEMS or the Micro-electromechanical Systems is one of those outstanding entity of the twenty first century technology that has seeped deep affecting the lives and way human live by revolutionizing industrial as well as consumer products.

Combing electrical and mechanical components, the integrated devices of MEMS are incorporated onto a silicon chip. Engineering is further done by making use of integrated circuit (IC) batch processing techniques. As the name applies, size of integrated devices systems are somewhere from few micrometers to millimeters. These systems are programmed to sense, control and actuate on the micro scale, while generating effects on the macro scale.

Microsensors identify alterations in system’s environment by determining the mechanical, thermal, magnetic, chemical or electromagnetic changes in the structure.

Its micromachining techniques has not only led to an array of exclusive range of devices but synergies across unrelated fields – like biology and microelectronics – too has found a converging point.

The mass production of integrated circuits leaves no room for inconstancy or poor performance, which is further coupled with its micro size, volume, weight and cost.

Miniaturization that forms the root for developing products, which cannot be made by other methods, makes it a pervasive technology with respect to integrated circuit microchips.

Industry of Micro-electromechanical Systems is still evolving although the smartphone revolution has given a jump to the MEMS market yet it’s still far from holding a dominant role in technology.

Being a disruptive technology, it requires a totally different set of capabilities and competencies for implementation, which could also be another factor for its medium pace.