Evolutionary biological processes take time but what if we introduce microbial catalysis to the system?

The phenomenon of how cyanobacteria obtain nutrients for its survival from rocks in Atacama Desert inspired an international team of collaborators from University of California and Johns Hopkins University to consider the microbes as tools that may help humans to develop colonies on the moon and Mars.

With the help of an advanced electron microscopy and cutting-edge spectroscopic imaging techniques, the team was able to acquire an understanding regarding the ways through which the microbes are able to morph both naturally occurring minerals and synthetically made nanoceramics.

Researchers concluded that the cyanobacteria churn out biofilms. Biofilms are nothing but slime-encased communities of the microbes itself. These slime layers are effective against magnetic iron oxide particles inside gypsum rocks. Thus, morphing magnetite into oxidized hematite (through progressive oxidation of structural Fe2+ to Fe3+).

Dr. David Kisailus, lead of the study, suggested that just like “these tiny miners” that have helped the evolution of biological process over millions of years, humans too can approach the harsh environments, and manipulate the valuable minerals by applying a similar biochemical approach.

Chroococcidiopsis, a type of cyanobacteria, has adapted to the most inhospitable environment on the planet earth, the Atacama Desert. In gypsum samples, researchers found their incredible survival adaptations. Some of the interesting techniques were:

Thus, with advanced spectroscopic instruments and microscopes, the researchers were able to figure out how effortlessly the microbes were able to morph the minerals that they were residing into. 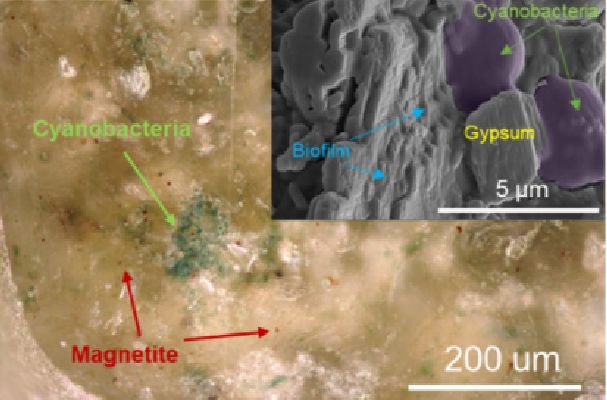 The way Cyanobacteria process metals via magnetite dissolution and iron solubilization, made scientists think about the way humans perform mining and manufacturing practices.

Mining minerals from ores is not only expensive and time consuming but it is equally environmentally costly.

Dr. Kisailus suggests a biochemical approach as an alternative. An approach that involves siderophores, enzymes and other secretions including biofilms to exploit minerals. And at the next level, he added, they can rope in microorganisms.

Their biochemical abilities can be manipulated to create an engineered material across locations which is otherwise not accessible directly to humans. For instance, building something on Moon is an expensive process especially when lives of people are involved. So, we could develop robotic systems 3D-print media and then allow microbes to engineer it into something as per our requirements.

Instead of starting something from ground zero, we can initiate processes and introduce the current technology to create something in otherwise inhabitable zones. 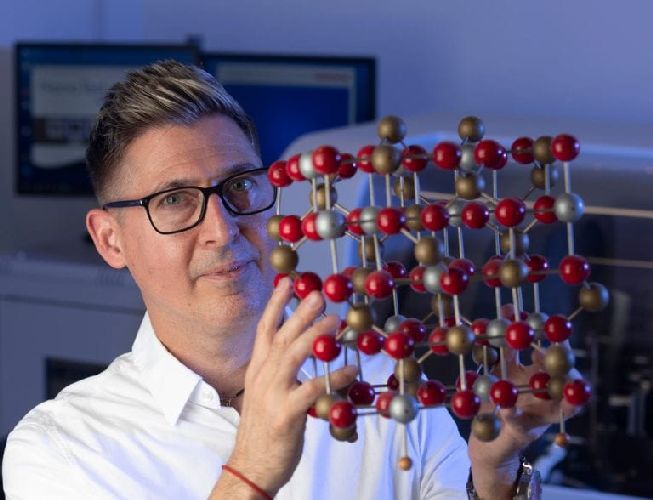 Emulating models and systems of nature to solve complex problems has helped humans tremendously. And if an aim is to colonize other planet, then we need to create atmosphere which is not detrimental to our existence. Taking inspiration from an already existing natural form will surely benefit.

Via: University of California, Irvine