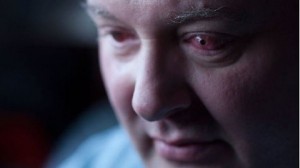 Ian Tibbetts, a 43-year old man, made the right decision when he decided to go through an absolutely revolutionary surgery in the United Kingdome to get his sight back. The medical procedure included growing part of Tibbetts’ tooth and jaw bone into his eye.

Tibbetts lost his eyesight in an industrial accident, where scrap metal reportedly ripped his cornea in six places. And after all options had failed, this procedure called osteo-odonto-keratoprothesis (OOKP) was suggested to the Tibbetts, who agreed to having it performed. The surgery was conducted by ophthalmic surgeon Christopher Liu at the Sussex Eye Hospital in Brighton, United Kingdom.

In a report by News.com.au, the procedure was described as follows: The tooth and part of the jaw were first removed, and a lens was inserted into the tooth. Both were then implanted under the eye socket. The tooth was then left to grow tissues and develop a blood supply- which usually needs a few months to happen. When this stage was over, part of the cornea was sliced open and removed and the tooth was stitched into the eye socket.

This procedure has been known for a while now, but is only available for patients with irreversible corneal damage with particularly dry cornea.

Tibbetts’ eye sight gradually returned after the surgery. Tibbetts says that after being legally blind, seeing only shadows, he now has what he describes as an almost clear eye-sight which he estimates to be around 40%.

This, my friends, is medical science taken to a whole new level.

To hear more about it from none other than Ian Tibbetts himself, follow the link for a BBC channel’s interview with him: