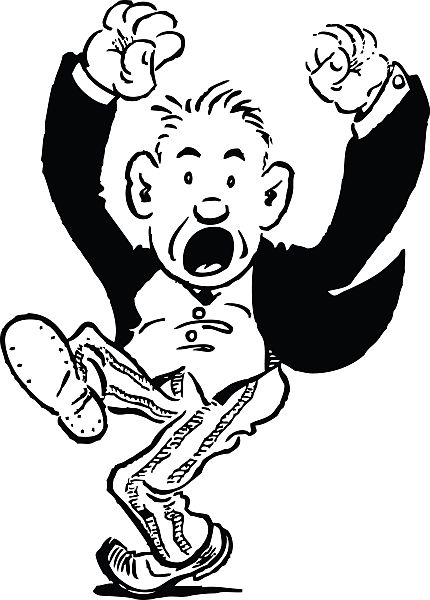 We have all had our days when one wrong word by an unfortunate converser turns our alarms on, causing an adult-life simulation of a temper tantrum. Neuroscientists believe that we can partially blame our limbic system for this.

It is well known that upon situations where a “temper tantrum” is involved, the limbic system rules over the system responsible for rational thinking and problem solving- the Neocortex or the “thinking brain”.

The main organ of the limbic system responsible for regulating emotions is the Amygdala, which is where the term “Amygdala Hijack” came. The term was first coined by author, psychologist, and science journalist Daniel Goleman in his book Emotional Intelligence: Why It Can Matter More Than IQ.

Emotions make us pay attention right now – this is urgent – and gives us an immediate action plan without having to think twice. The emotional component evolved very early: Do I eat it, or does it eat me?

When perceiving a situation as dangerous or as an anger provoking one, the amygdala triggers automatic reactions by default, based on which one responds.

Amygdala could highjack one positively as well, by having a hand in one’s ecstatic mood. So basically, whether it is a nasty over-reaction to a comment or an intense moment of glee, it means that your limbic system is more in control at that exact moment than your neocortex, thus causing a far-from-neutral reaction.

If your limbic system is acting out, you might want to relearn more normative emotional patterns. While you might very consciously try behavioral and cognitive approaches to tame your limbic system, controlling your brain becomes less conscious and more automatic with time. This is referred back to the brain’s fascinating feature known as neuroplasticity. Although still not scientifically agreed on as a term definition, Neuroplasticity is the reorganization of neural pathways and synapses due to changes in behavior, environment and neural processes.

You could start your emotional relearning journey with taking control of your nervous system: Breathe well, Sleep well, and eat well. This will help empower the neocortex over the amygdala.

Practice cognitive therapy: start by dismissing thinking errors. The “I am not good enough/ they all hate me” type of assumptions have a major role in Amygdala Hijacks. Once you get rid of those, you are paving the way for healthier reactions- consult a therapist for basics of cognitive therapy.

Reflect on past incidents of Amygdale Hijacks: Think about an incident after it is over. Reflect on the precedent of the event, the event itself, and the antecedent. Such rational reflection makes an individual better able to avoid triggers, or handle them when they occur.

The above-mentioned are the basics to handling your overactive emotional brain. But one should always remember that we may need to let the negative energy out every once in a while, and crying/shouting it out may be the answer to it from time to time.