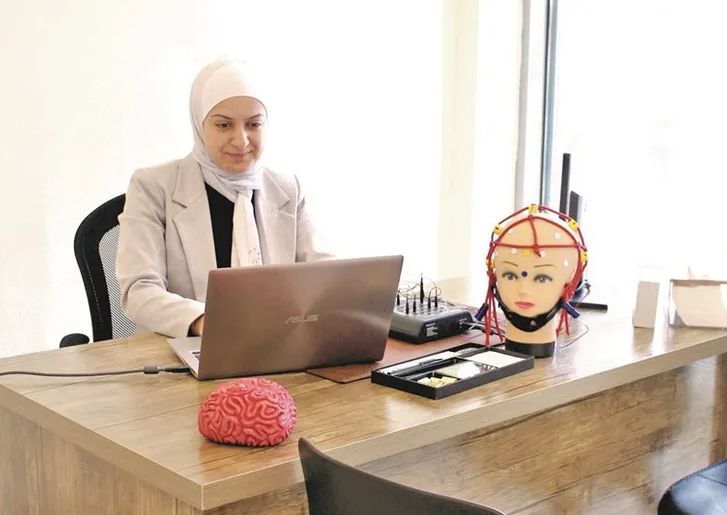 Wa’d AbuZurayk is the first qualified neurotherapist and paediatric occupational therapist in Jordan. She has attained her licensed device from Germany. The device is both FDA and internationally approved.

She is also the founder of Ujeed, Child Development Consultations in Amman, Jordan. These days most of her time is occupied with families to create their own unique narrative through neurotherapy, occupational therapy and a pinch of magic.

With the help of neurotherapy, Wa’d aims to retrain the brain to develop new skills and increase brain fitness. While at the same time retract symptoms like anxiety, depression, brain fog and fatigue.

She works on the principal “Brains always seek positive reinforcement” as it leads the brain to release dopamine. Since, the feel-good neurotransmitter is also involved in reinforcement.

Positive reinforcement activates the reward pathway and the neural pathway for the behavior/action/thought. Let’s hear more about how monitoring brain waves can boost mental health. Please find Wa’d AbuZurayk herself answering questions on her scientific research and future applications:

Please tell us how you initially became involved with Neurotherapy?

I was introduced to the world of neurofeedback through a friend of mine who practices neurotherapy in the USA. She presented a demo session and explained the science behind it, and it all seemed to make so much sense! Of course, I did my own research through reading relevant books and published research. I also got in touch with several people and institutes that helped me decide on the device I want to work with.

In 2017, I travelled to Germany for my first training in the field. However, it was only in 2021, and after several other trainings that I felt ready to start my work in neurofeedback. And even now, I consider myself very much a beginner, taking baby steps into a huge world dictated by a very complicated and astonishing science.

Putting it simply and briefly, neurofeedback teaches the brain to regulate its waves. This is done by measuring the brainwaves and feeding it back to the client visually, auditorily, or even tactually.

During the session, the therapist applies EEG electrodes to specific areas of the scalp where brainwave signals are registered and analysed through a designated software.

Simultaneously, the client is seated in front of a screen, where they can watch a video or play a video-game that is moved by the power collected from the client’s brainwaves. When the brainwaves reach a relaxed state and are within the desired range, the character in the videogame would go faster towards the winning target, or a rewarding sound is played.

However, when the brainwaves are outside desired ranges, the screen might go dark, or zoom out. Eventually, the brain conditions the received feedback with the different wave ranges, and starts pushing its waves towards the ranges that are now known to result in rewards (P.S: Our Brains always seek positive reinforcement!). This process encourages healthy patterns of brain activity, initially inside the neurotherapy sessions, which would later on become generalised in daily life. And healthy brain patterns mean improved mental health, and improved health in general.

You work with patients on a daily basis and you are also a paediatric occupational therapist. What drives you personally?

I do believe that God created me to become a therapist. I just LOVE my job and I feel blessed to be in this position of “touching and changing” lives. A big motivator for me is the satisfaction I get after achieving a new milestone with a client. And as big as the word milestone might sound, sometimes, my satisfaction comes from little achievements, such as creating a moment of spontaneous communicative eye-contact with a child who has Autism Spectrum Disorder, or a client reporting a good night of restful-sleep after their neurofeedback session.

These small successes are all considered celebration material for my clients and I, and certainly make all the effort worth-while.

Does neurofeedback encourage neuroplasticity? And how would you distinguish the efficacy between cognitive behavioural therapy and neurofeedback therapy?

As I explained earlier; what Neurofeedback does is encourages the brain to develop healthier patterns of activity that starts in the session, and later on, with practice, is generalised outside the session into a person’s daily life.  So basically, the change happens on a biological level, where neurofeedback allows the brain to alter its connections, dynamics, and function based on the feedback and the trial-and-error type of experiences offered in the session. This process ultimately reflects on how one feels and thinks. All of this is done in a non-invasive and unconscious level.

However, cognitive behavioural therapy is more of a conscious process, where a person needs to work hard to break unhealthy patterns created over years and years of “being alive”. This is done by challenging unbalanced beliefs and attitudes. CBT focuses a lot on changing perspectives of the client and teaching coping skills. So basically, it is a conscious process that is considered hard work for the client, unlike neurofeedback, where we target the brain directly through a language that it understands, at an unconscious level.

Of course, no one can claim that one approach is better or more efficient than the other. By the end of the day, it is not a competition between approaches. It is in fact most beneficial for the client to receive some type of counselling simultaneously with neurotherapy, because the best results have been proven achievable while working at both a conscious and an unconscious level, where you teach the brain healthy activity patterns, then teach the person healthy thought processes. 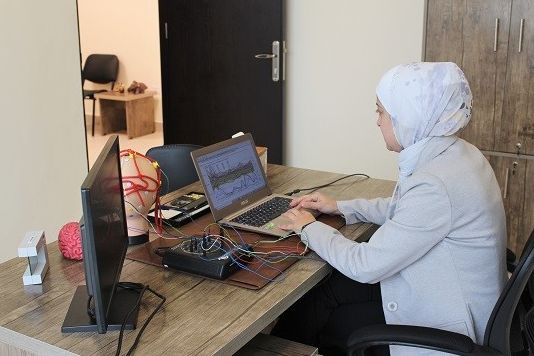 Let us talk about neurofeedback-side-effects, can specific frequencies produce harsher neurofeedback side effects than others?

Neurofeedback can produce both positive and negative effects (e.g., negative such as increased anxiety, vivid dreams). Sometimes it gets worse before it gets better. Both the positive and the negative effects say something about the direction of the treatment, and this is why it is important for the client to inform their therapists of any observed changes, so the therapist can modify the treatment approach accordingly.

Now we cannot say that certain frequencies produce more prominent side effects than others. We have to think of the brain as a dynamic system, where changes in one frequency in one location reflect on other frequencies and locations. There are no good or bad frequencies, all frequencies are present in different ratios at different locations to serve certain functional purposes. What matters is having the balance that allows this complex dynamic system to function as designed. And if an imbalance occurs, neurofeedback is used to re-establish equilibrium.

How do you envision the future of neurotherapy and its potential applications?

I believe that neurofeedback will become more “mainstream” with time, which would mean, hopefully, less dependence on medications.

What are your other interests besides Neurotherapy- reading, painting, gardening, skiing maybe?

I have a typical introverted personality and my hobbies are driven accordingly. I am a self-proclaimed book-worm, I love car drives and outdoor activities. I am at my very best mental-health states with more animals around, and less people.

Oh, and I love coffee; is this considered a hobby?

Someone comes up to you and says, “I want to be just like you. I want to be a Neurotherapist”. What advice would you give?

The best advice I could give to anyone going into the field of neurotherapy is:

Do not rush things; take your time to read, and take your time to practice. Keep all of your senses directed towards new learning opportunities. The learning journey is very long, so be patient. Find a good mentor and do not be shy to ask questions.

And most important of all, remember that the brain is the most complicated structure on the face of this Earth, so steer clear from attempts to “dumbing-down” neuroscience, and instead, embrace its complexity by being open to rough learning-experiences. 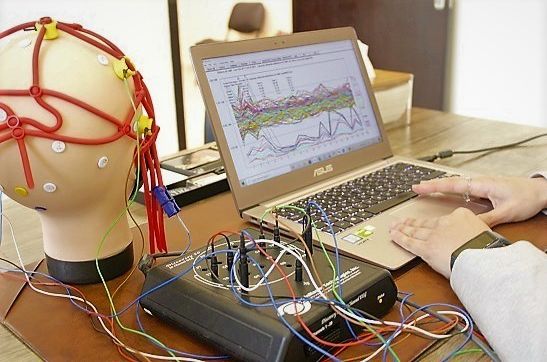 “Doubt is useful, it keeps faith a living thing. After all, you cannot know the strength of your faith until it is tested.”- Life of Pi.

Understanding and remembering all important information in all the important books I read!

Your favourite scientific innovation of the 21st century?

While I am tempted to say it is the GPS navigation system considering my below average topographical orientation. However, I have to say that my very favourite innovation of the 21st century is the Human Genome Project!

It would shed light on life from a new perspective combining neuroscience, philosophy and religion all at once.

In case you have not read the following books already, I strongly advise you to do so:

Wow! I have added the books in my ‘to-read list’. Thank you Wa’d, it has been a real pleasure! Your work is truly an inspiration. We look forward to visit you again and see more of your innovative research. Till then, we wish you all the very best for your future endeavor.