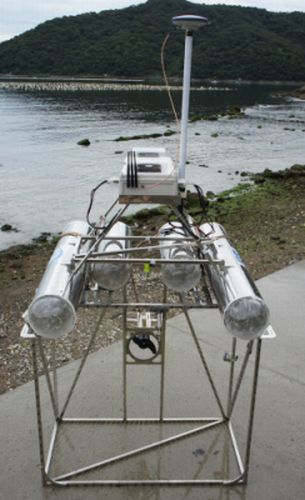 South Korea is witnessing an upsurge of untold devastation in coastal areas some sea storm or Tsunami is not responsible for the havoc rather it is an offshoot of jellyfishes. Sounds like a great sci-fi movie but it is not the case. Jellyfish are threatening marine ecosystems and have already caused $300 million in damage and losses to fisheries, seaside power plants, and other ocean infrastructure.

Large jellyfish swarms have been increased relatively throughout the world and are causing great disaster at the coastal areas. In order to get rid of jellyfish invasion, Hyun Myung, a robotics professor at the Korean Advanced Institute of Science and Technology (KAIST) and his team has created a bot called the Jellyfish Elimination Robotic Swarm (JEROS). At the moment, it is in its prototype stage but soon would come out as working machines standing tall at the coast.

The autonomous device makes use of cameras ingrained in its system to identity jellyfish near the surface. Once the prey has been detected, the bots team up and float around in formation and together mulch the prey. Catch-and-release mechanism won’t work due to the escalating figures hence the robots are programmed to kill.

On an average, the JEROS robots are capable of mulching 6,000 jellyfish per hour. Sounds a huge number to me but it’s a small figure when we talk about the costal gelatinous invaders.