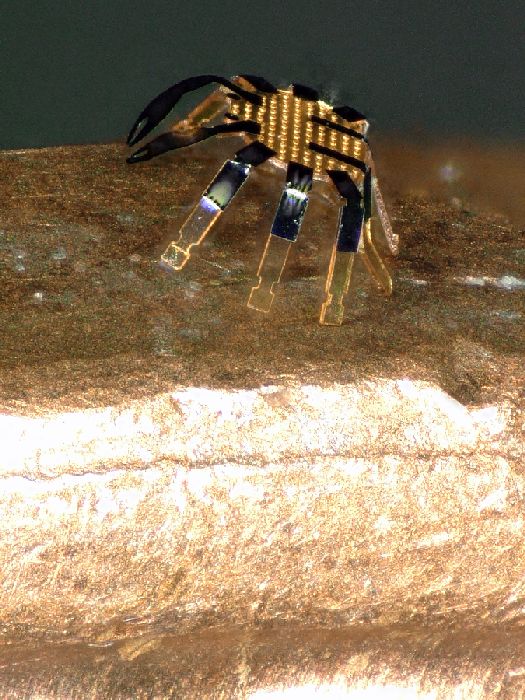 The tiny crab-bots measure around half-millimeter wide. Like the decapod crustaceans, the bot can bend, twist, crawl, walk, turn and even jump.

Not only the nano crab like devices, engineers have also created same sized robotic inchworms, crickets and beetles. Researchers envision that their technology will explore practical tasks inside tightly confined spaces.

This is not the first time the team has ventured into microbots. In fact, in September 2021, the same group of people had designed a winged microchip. That also happened to be the smallest-ever human-made flying structure.

Development of microbots for academic exploration is an innovative approach. Its practicality can be observed when these nano bots will be used to repair small scale structures in machines as well as human biology, claimed John A. Rogers, one of the main leads of the study. As surgical assistance, the micro bots can be employed in ways like:

In comparison, the tiny bot is even smaller than a flea, yet it is not powered by complex hardware, hydraulics or electricity. The total energy stored in the body is within its elastic limit.

Researchers used a shape-memory alloy material that morphs to its “remembered” shape when heated. And to heat the bot, they made used of a scanned laser beam to target various locations on the device’s body. Once, the beam is removed, the device cools itself down and hence returns into its original structure.

As the structure changes and reiterates back to its original form, it gives an impression of locomotion. Therefore, the laser beam performs dual function, that is,

By reducing the size of the bots, they are able to run faster because the rate of cooling is fast in these tiny structures, explained Rogers. 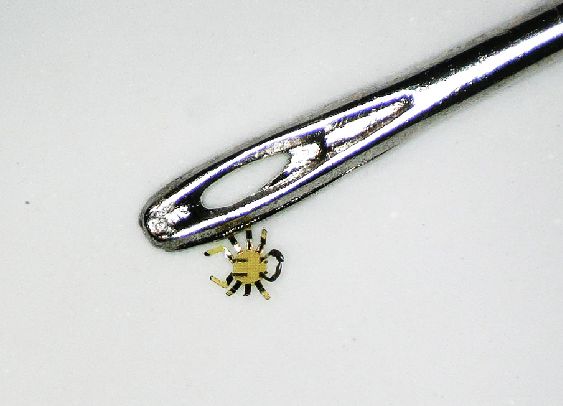 Engineers behind the nano robotic crab said that they were inspired by the sideways crawling motions of tiny crabs. This is not the first time that robotic engineers have found fascination with this kind of gait. Similar research was performed by researchers at the University of California San Diego in February 2021, where they developed an air powered robot inspired by sideneck turtles.

Future for these microbots look promising. They would assist humans in exploring not only the tightly confined spaces outside but within the human body too. Additionally, these tiny devices will surely be of assistance during space missions and in explorations of regions where human settlement has not yet touch base. Not to miss, these nano bots can also be used for spying as Gru used Dr. Nefario’s Cookie Robots 😉