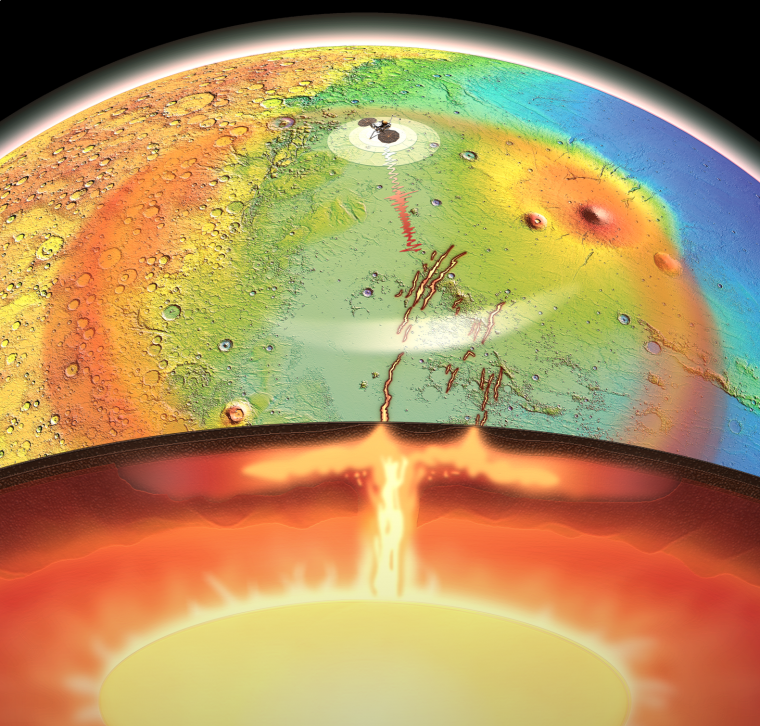 Cumulative evidence, so far has suggested that Mars once had oceans but then lost its atmosphere and eventually died out. Unlike Earth, where shifting tectonic plates make way for dynamic interior, Mars never surfaced such processes. Hence, the astronomers concluded that nothing much happened on the red planet, at least, in the last 3 to 4 billion years.

Recent observations by the scientists at the University of Arizona, however has challenged the current views of Martian geodynamic evolution. As per them, the red planet, that seems to be dead, has an active mantle plume.

The super-heated material rises upwards towards the surface (from within), which can further lead to earthquakes and volcanic eruptions. The astronomers claim that the planet’s quiet surface is otherwise deceptive as it is enveloping a tumultuous interior.

When the super-heated material rises up inside the core of a planet, instead of forming a fume, as we expect, it rather emerges in form of a large blob. These huge blobs within the deep planet’s core are called a mantle plumes.

The blob then pushes its intermediate layer to reach the base of its crust. And this movement results in earthquakes and volcanic eruptions.

Jeff Andrews-Hanna, an associate professor of planetary science at the UArizona Lunar and Planetary Laboratory said that Earth and Venus have surfaced evidences of active mantle plumes. However, such activity has never been reported on Mars.

The red planet was most active 3 to 4 billion years ago, which resulted in tallest volcanoes on the planet and blanket of volcanic depositions in its northern hemisphere. Since, then the planet is undergoing passive cooling.

Interestingly, the researchers have recently observed some amount of activity in otherwise seem passive region of the planet called Elysium Planitia. 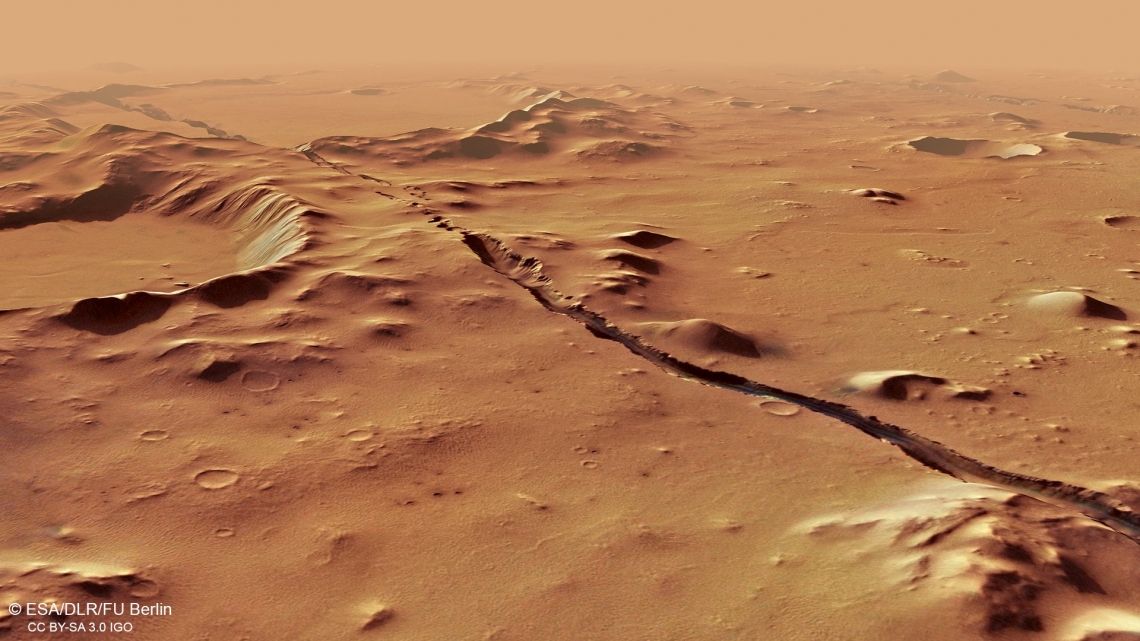 Mars’ northern lowlands, somewhere close to the equator is the region where Elysium Planitia lay. It also happens to be the second largest volcanic region on Mars after Tharsis. And reported to be around 1,700 by 2,400 km in size.

As per Andrews-Hanna, previous research done on Elysium Planitia has suggested that the region have had the youngest volcanic eruption known on Mars.

The eruptions originated from a stretch of about 800 miles that consists of young fissures known as the Cerberus Fossae. According to NASA’s InSight team nearly all tectonic activity that has been documented so far has its origins from this region.

Volcanism as well as earthquakes on Earth happen due to mantle plumes or plate tectonics. Mars however, do not have tectonics. Therefore, researchers thought of exploring the other option. Maybe the mantle plume is the reason for the activity in the Cerberus Fossae region?

Like on Earth, the mantle plume might be pushing the lava lamps against the surface thus, stretching the crust. Eventually it gives rise to basalts floods that have resulted in the current volcanic plains on Mars.

On further investigation, astronomers found evidence suggesting that the surface on the red planet has been uplifted by more than a mile.

Another evidence showed that the floor of impact is inclined towards the direction of plume.

Scientists completely ruled out the tectonic model after they discovered the presence of a giant plume, approximately, 2,500 miles wide.

The same plume is also responsible for creating the Cerberus Fossae.

Researchers concluded that mantle plume is behind major chunk of Mars rough surface. As per the current statistics, the affected area happens to be around the entire continent of United States.

The information will not only compliment the seismic data as documented by InSight but it will also make a slight shift as far as implications for life on Mars is concerned.

Via: The University of Arizona