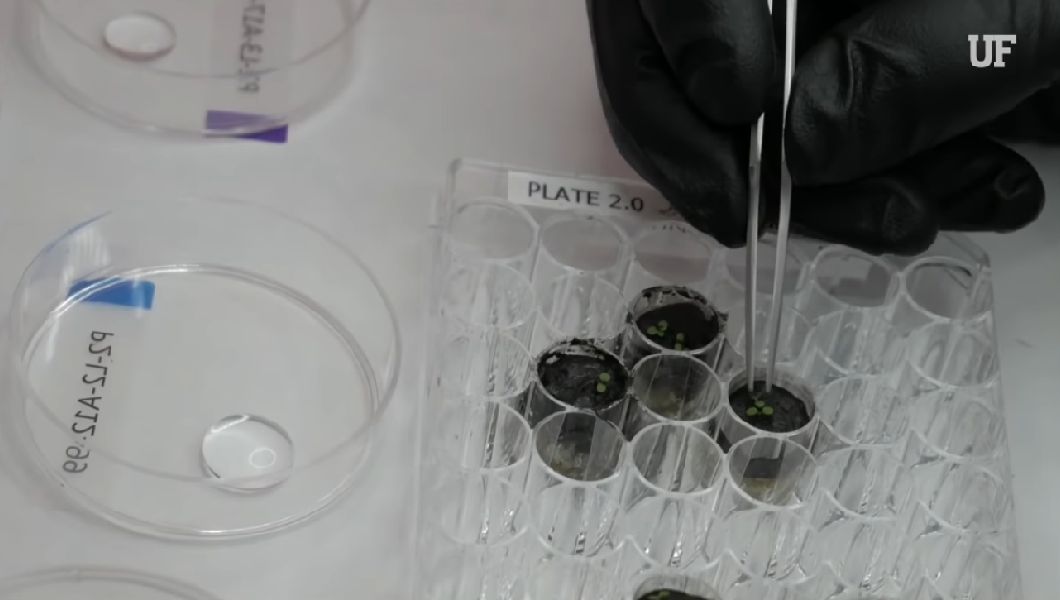 For the first time in human history, space scientists were able to grow plants in the soil from the moon. With the plants sprouting from the moon soil, lunar exploration seems pretty incredible.

University of Florida researchers were able to prove that moon soil – also called as lunar regolith – can grow terrestrial plants. They also investigated that for the plant it wasn’t an easy journey.

Nevertheless, this effort is the first step towards understanding how plants respond biologically to the Moon’s soil. This insight will surely help NASA’s Artemis on growing plants for food and oxygen for future lunar missions.

Plants will always play an important role in nearly all missions related space explorations. In fact, plants grown in space are going to contribute a lot for the survival of humans in long space missions.

International experts in the study of plants in space, Paul and Ferl said that although the shoots established that the soil samples are free from any external (outside the Earth) components and harmful pathogens, they (plants) were only dusted with the lunar regolith. Unlike plants grown on earth, the lab ones were not directly sown in the lunar soil.

Space scientists envision to build a substation on Moon or a launching pad. And for that they need to be sure of the lunar soil’s efficacy to grow plants. They need to have substantial information regarding some aspects like:

To answers these questions, Paul and Ferl performed experiments of sowing seeds in lunar soil. Followed by adding water, nutrients & light, they tracked down the observations. 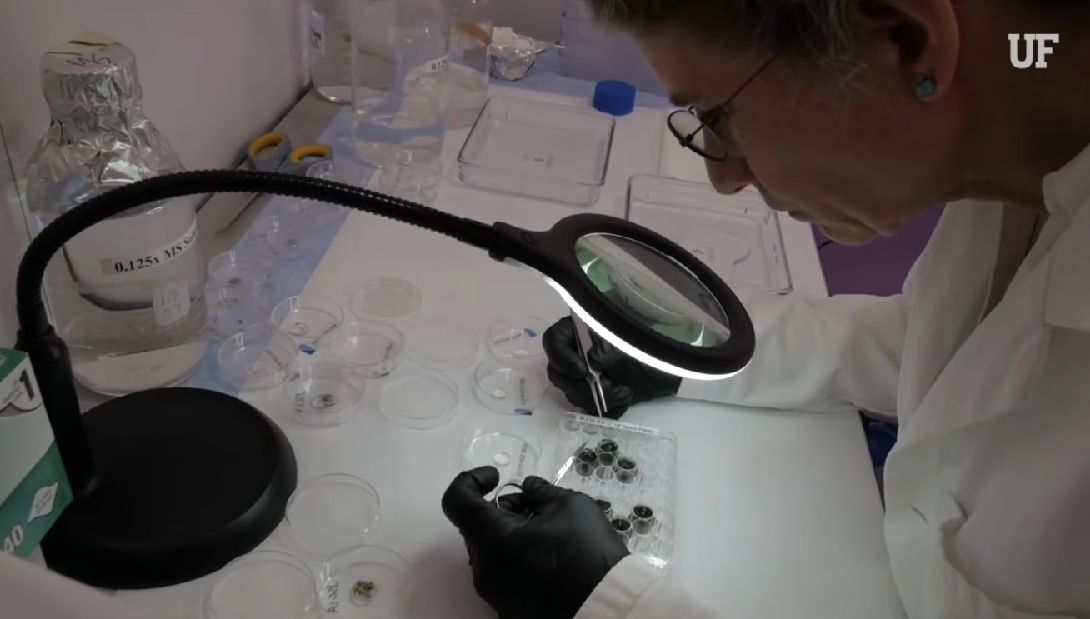 Chance to work with the lunar regolith

The experiment wasn’t an easy task. Investigators had only 12 grams of lunar soil. And procuring too wasn’t that simple. After applying three times, over the course of 11 years, the duo was able to secure it as loan from NASA. The soil is a souvenir of the Apollo 11, 12 and 17 missions to the Moon.

It is because of its historical and scientific significance, the team judiciously planned for small scale experiment. To culture cells, they used thumb sized holes in plastic plates. Each hole functioned as a tiny independent pot. Individual pot then was filled with 1 gram of lunar soil. Moisture was provided to the soil via nutrient solution. And finally, seeds of Arabidopsis plant were sown in each hole.

The team preferred Arabidopsis plant as its genetic code has been fully mapped, therefore, it’ll be convenient for them to get in-depth analysis of how the soil affected the plants. Additionally, the researchers can zero down the information to the level of gene expression.

The team also planted Arabidopsis in JSC-1A to have another controlled group.

JSC-1 is derived from volcanic ash of basaltic composition and it is used for various scientific and engineering investigations. It not only mimics real lunar soil, but also simulate Martian soils and soils found on earth in harsh environments.

An investigation done on the sprouts in the lunar soil showed that the regolith didn’t sever the hormones and signals involved in plant germination.

However, after a few days gap, they observed that the growth pattern was different in lunar soil and the control group. Sprouts of the lunar soil were smaller and more diverse in size than the plants grown in the control group. Also, the sprouts in the new soil grew slowly than their counterparts. 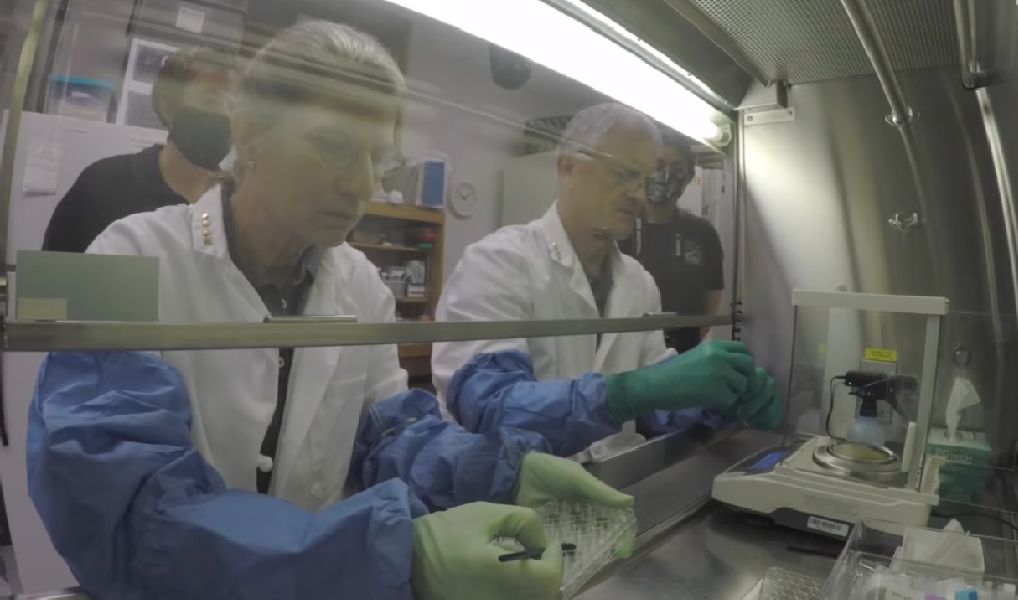 According to Paul, all these signs show that the plants in lunar soil were struggling to cope up with the new chemical and structural composition of the clay. Similar patterns were observed in the sprouts’ gene expression.

At genetic level, the plant was drawing out salt and metals. Salinity or salt stress is one of the most prevalent abiotic stresses seen in plants.  Paul concluded that plants in lunar soil environment were experiencing oxidative stress. With this data, researchers can address how they can mitigate the stress responses with very little of no impact to the plants’ health.

Researchers then tried to understand the link between the sprouts’ stress and type of lunar soil. Observation from the lunar geologists concluded that the clay also known as mature soil was exposed to cosmic wind, which changes its original composition. In fact, the sprouts grown from less mature soil fared better. 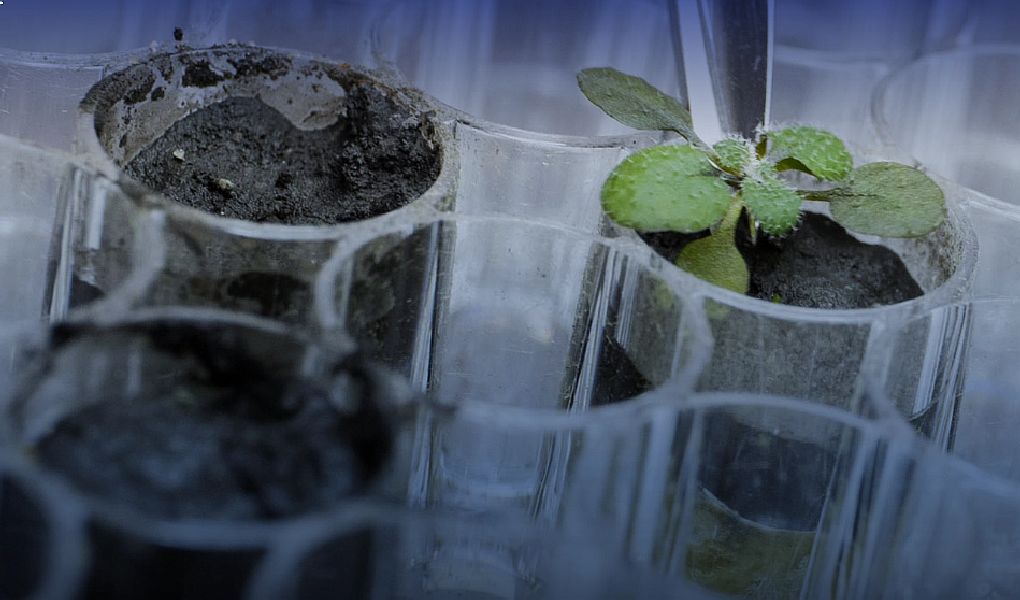 Although the study is not complete, now researchers are finding ways to understand how added water and nutrients will affect the minerals already present in the lunar soil. However, growing plants in lunar soil has always been a challenging task.

Nevertheless, researchers, with their first sprouting are able to crack the initial part of the code. And it is just the beginning. This, indeed, is one of the greatest milestones in space exploration so far.

Via: University of Florida