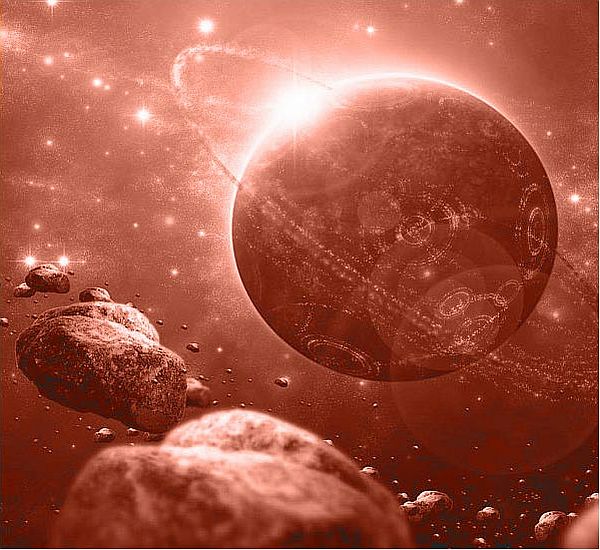 One day we woke up and witness that the financial markets have been crippled, we try to get updates from TV/computers but the signals are not linked, we try to connect to our friends but guess what, the phone’s also not working. Then we acquaint ourselves with the reality, space junk has crashed into the satellites and so no communications!

Seems like a scene from some sci-fi movie but if the problem of growing space waste is not tackled, the scene would be déjà vu in real life.

Sky seems to be at peaceful state at night when we see from earth but reality is no so, rather it is congested with debris.

Economically vital orbital regions are under threat due to the ongoing growth in space junk. Since the launch of first artificial satellite in 1957, the orbit around earth is constantly being cluttered with manmade space debris. As per the researches view the level of space junk orbiting Earth is,

This means, any of these objects can cause havoc to an operational spacecraft. Just like a snowball effect, any satellite collisions may give rise to catastrophic collisions hence leading to increasing debris in the space. This chain reaction would then amplify the process in a cascade of destruction.

Space junk refers to any man-made material that is floating in the earth’s orbit, which was once operational and useful. With the beginning of Space Age in 1957, thousands of aircrafts have been propelled into the space. The remnants of these spacecrafts and rockets constitute the major portion of this swarm of debris. Other than that the expulsion of solid fuel like aluminum oxide, separation springs, lens covers, plastic bags of assorted trash, tools, gloves etc. too contribute to the orbital debris.
Radioactive space debris has also come at the forefront. This usually is an offshoot of a catastrophic failure of a launched vehicle. The cloud has further escalated by inter and intra collisions of debris and operational satellites.

Another very important resource of space waste is the fragmentation of satellites and launch vehicle upper stages. In both the cases, remnants are left in the orbit once the mission is accomplished.

Frequencies of impact threat are becoming more with the ever-rising amount of space junk. Therefore, the burning need of the hour is to retract those redundant objects out of the orbit. After all, space is the only converging point through which we are able to track Earth’s observation, weather forecasting, surveillance, GPS and telecommunications. We just cannot afford to clutter it any further.

Other than cleaning up of the mess, we also need to focus on two equally important issues – asteroid defense system and repair capability.

Harpoons, nets and suicide robots are the techniques on which our scientists are relying upon to combat the rapid proliferation of space debris. Other considerable solution includes the ion-firing satellites. Ions shooting at a particular spot may slower the debris movement hence dragging them back to earth. The same result is expected from ground-based lasers.

Other than that, we might give a try to the following solutions:

Whatever solutions the space agencies choose, one thing is for sure, the problem of space junk is escalating relatively which is posing the life of both future astronauts and spacecrafts at greater risk.