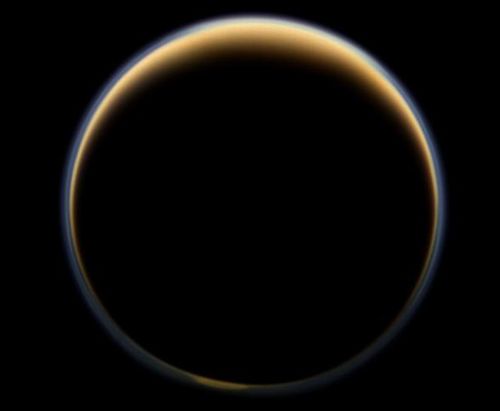 Propylene, an unsaturated organic compound has been discovered in Space debris. The compound is used as raw material in the production of food storage containers that we employ in our kitchen, other consumer products including car bumpers.

Cassini, the largest, heaviest and most complex interplanetary spacecraft of NASA’s identified the debris on Saturn’s moon Titan. For the first time, the organic compound has been discovered in the aerospace.

This is not the only exploration done on Titan. During 1980 expedition of Titan, the spacecraft (Voyager1) has detected some hydrocarbons, the compounds that are used to make petroleum and other fossil fuels on Earth. It concluded that the moon’s (Titan) atmosphere is saturated with methane. A chemical compound used in industrial chemical processes and may be transported as a refrigerated liquid. Prior to this, propyne had been discovered, hence the scientists were hopeful that they might be able to find the middle chemicals, one of those is Propylene.

With the absence of free oxygen on Titan the organic chemistry may keep on building complex chemicals on its surface.

We may also presume that these hydrocarbons may be the ‘gas for life’ on Titan as we have oxygen on Earth only if we are able to detect biology on it.