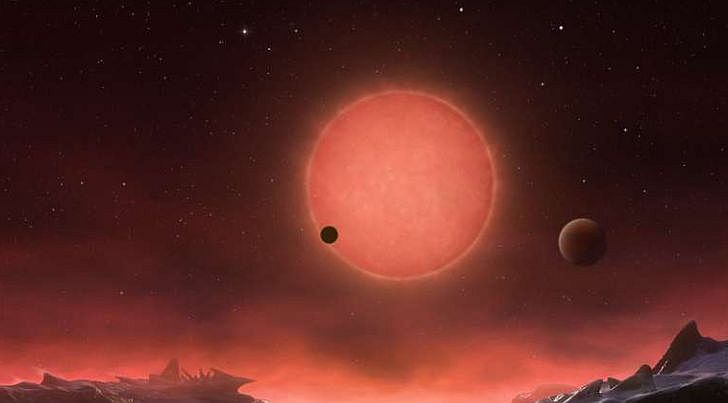 Astronomers at NASA have identified two rocky alien worlds hovering around M dwarf star called HD 260655. M stars have faint glow and they look red to our eyes with temperature ranging from 2,500 Kelvin to 3,500 Kelvin. These stars account for nearly 75% of the stars in our stellar neighborhood, which implies they can be easily observed from Earth due to its abundance.

As per Transiting Exoplanet Survey Satellite (TESS), the newly discovered exoplanets are about two times more massive than the Earth.

TESS is on a mission to identify transiting exoplanets, till now it has tracked 5,600 candidate exoplanets, out of which 205 have been approved so far.

Currently, University of Chicago’s astronomers with the help of TESS have confirmed the planetary nature of the two exoplanets through the precise radial velocity (RV) measurements.

According to the researchers, their study confirms the presence of a multiplanetary system orbiting the nearby M dwarf HD 260655. Transit observations have also been approved from the HIRES and CARMENES instruments taken since 1998 and 2016, respectively.

The second newly discovered planet, HD 260655 c is more gigantic than its neighbour. Its radius is 1.53 Earth radii and mass is 3.09 times more than Earth. It has an orbital period of 5.7 days with temperature around 557 K.

On the basis of the derived densities, HD 260655 b has an equal density with than of Earth’s while HD 260655 c has an internal composition fully made of silicates, and there is an absence of iron composition.

The host star HD 260655, is about 32.6 light years away and its nearly 56% smaller and less massive than the sun. Its effective temperature is 3,803 K. With metallicity level of -0.43, the star is expected to be between two and eight billion years old.

The discovery of HD 260655 makes it the fourth nearby multi-transiting planetary system. The first three are:

These newly found planets are brilliant contenders for further atmospheric studies with the help of the most sought-after James Webb Space Telescope.