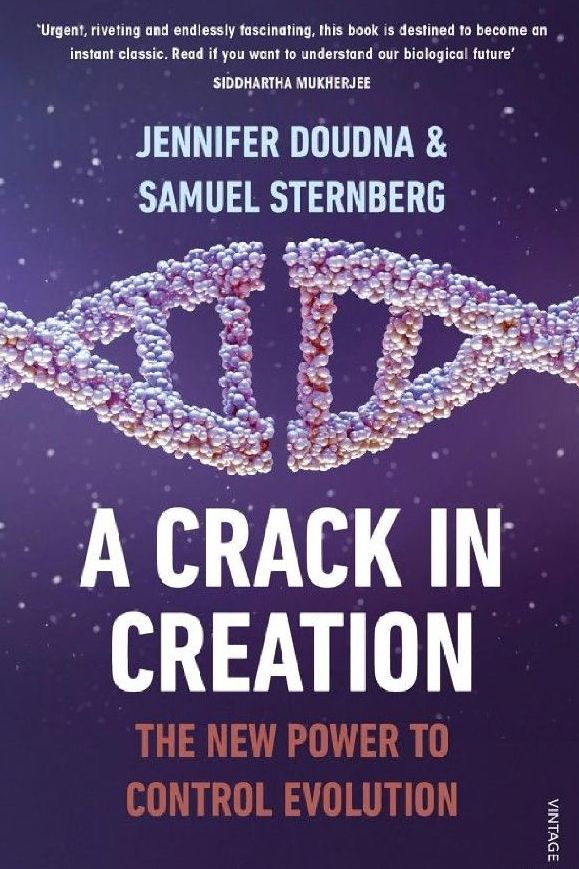 A Crack in Creation: Gene Editing and the Unthinkable Power to Control Evolution is a powerful book on advances in gene editing research and history by Jennifer A. Doudna and Samuel H. Sternberg. It puts forward the timeline of a genome-editing tool known as CRISPR, or “Clustered Regularly Interspaced Short Palindromic Repeats.”

The book starts with examples where natural changes in the genome lead to randomly cure patients of genetic diseases. 2013 was the year of medical mystery at the National Institutes of Health, when the scientists were dealing with WHIM syndrome.

“Similar cases of natural gene editing have cured other genetic diseases, such as Wiskott-Aldrich syndrome (a disorder from which a whopping 10 to 20 percent of patients are saved by spontaneous genetic correction) and a liver condition called tyrosinemia.”

The idea of curative power of natural gene editing intrigued Doudna. It is because of this fascination that made her land in the University of California, where she first learned about CRISPR.

The journey from CRISPR to Cas9 wasn’t a straight line either. She faced many setbacks before getting success by fusing CRISPR with the Cas9 enzyme. Of course, it was a collective effort from contemporary scientists and researchers. Although the rights of CRISPR patents are currently being disputed.

The RNA world hypothesis is not true

DNA holds information within cells and instructs them to grow and divide. It expresses itself through RNA. Unlike DNA it exists in single stranded form.

Initially, RNA was considered as the primordial molecule. The RNA world hypothesis suggested that life on Earth began with a simple RNA molecule. And that single molecule copied and replicated without any help from other molecules.

Jennifer A. Doudna thinks otherwise. The RNA’s main function is to control the genetic information being deployed in cells.

As mentioned before, the book surfaces the history of CRISPR. It is a series of repeated sequences in DNA or to put simply, it is a DNA structure present in bacteria. And within these structures, there is a gene called Cas9.

Cas9 is protein that can be programmed with little pieces of RNA that scientists in the lab can easily change in sequence.

This gene, according to scientists, can be used to edit human genome. Just like scissors on word document can cut through the line, Cas9 can slice up the DNA strands and hence, alter it. Thus, Cas9 cuts the DNA and makes precise change at the site of the repair. 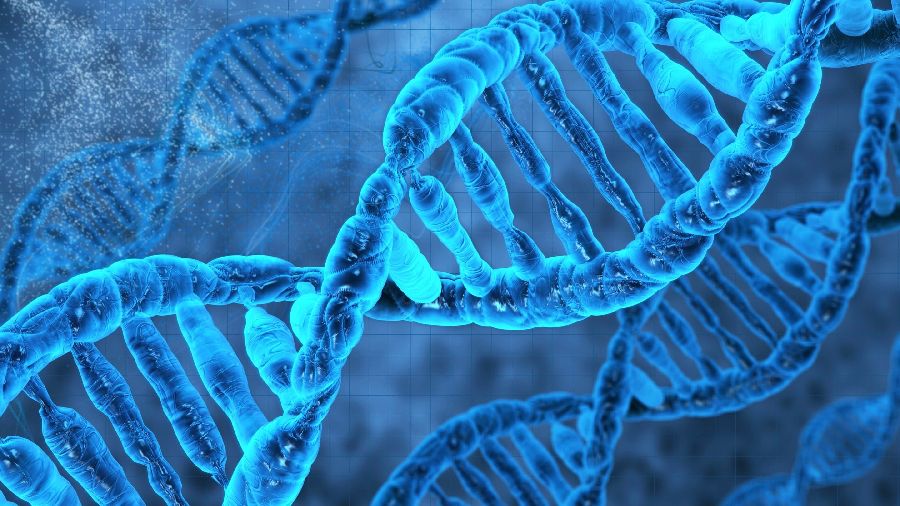 Doudna reflects that although the discovery of CRISPR is revolutionary yet it is vulnerable if fallen in the wrong hands. Even a slightest alteration in genetics can lead to far-reaching and startling consequences for future generations, and that would have no U-turn!

Although it’s still in infancy, she envisions that CRISPR could be a new tool to fight against cancer. Therefore, she urges scientists globally to unite in developing its application ethically and safely.

Doudna in the second (and final) part of the book “The Task” postulates the promising future of CRISPR and the obvious hurdles that it encompasses.

According to her, the technology can be used as a boon in fields like agriculture and healthcare.

In animal kingdom, for instance, scientists have harnessed CRISPR to generate a genetically enhanced version of species in dogs with Schwarzenegger like super muscular physiques, micropigs, swine no bigger than large cats.

CRISPR boon as well as bane

The possibilities are endless however, she advocates that any research around CRISPR must be kept transparent and easily accessible for scientific community across globe.

She explains that CRISPR tool can be used both ways. It can help humanity to reach unprecedented heights while it can also lead to our downfall. After all, CRISPR is no less than nuclear technology, claimed Doudna.

The book does raise issues on the ethical side of reproductive genome editing. Very confidently she says that even after years of research, we are still far from understanding the human genetic code fully hence, we are in no strong position to tamper with embryos.

Just because “we can”, we must not tweak around the human genomes else the repercussions would be fatal and irreversible. 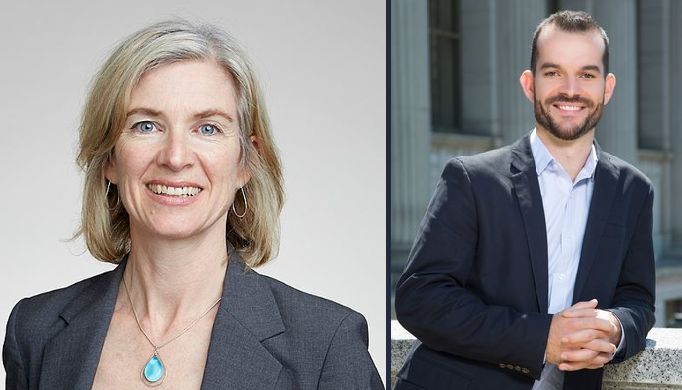 It’s interesting and awe inspiring to see how far we have reached in terms of genetics. So now we can say that life does not dependent on only “the plodding forces of nature” but humanity too will have the remote control, provided the owners (of such huge power) are in the constructive frame of mind.

Genetic manipulation for the cure of diseases is good but as the famous saying goes, “With great power comes great responsibility” else entire humanity might get wiped out.

The book contains detailed technical discussions yet an average reader can easily pick up on information without feeling alienated.

A Crack in Creation is one of those books that helps celebrate and propagate scientific research. And educate people about the pros and cons of breakthroughs that are happening in the current scientific community.