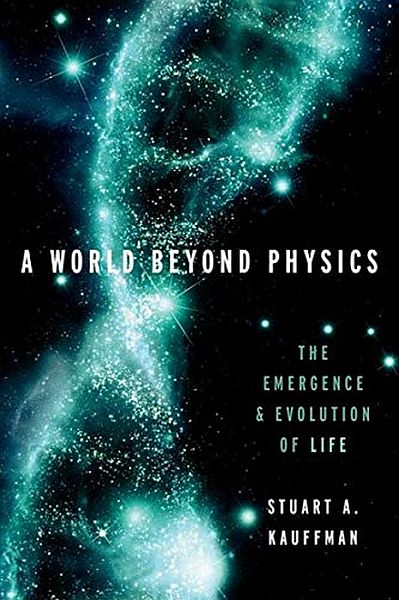 Stuart Alan Kauffman is not only a complex-systems researcher but he is also a polymath, with a degree in medicine and training in biochemistry, genetics, physics, philosophy and other fields. Very deftly he roams across disciplinary boundaries looking for answers to the riddles that obsess him. In, A World Beyond Physics, he takes up the conundrum of life’s origin.

Boldly Kauffman, in this book, tags the ‘machine theory of the world’ as insufficient. According to which, the world comprises of physical objects that are interacting with each other as per mathematical laws. Early pioneers of this theory were Descartes, Newton, and Laplace.

1) any macroscopic phenomenon can be directly related to microphysical causes.

2) with enough information regarding position and momenta of particles (along with physical laws) it is very much possible to determine the future trajectory, that is, position as well as momentum of that particle.

Machine theory of the world is inadequate

Therefore, the need is to route the explanatory arrow upwards. Instead of saying that heart exists because it is the result of molecules in action, the appropriate explanation would be – for efficient circulation of blood, which’ll result high chance of survival of organisms, animals have heart.

Kauffman rebuts the second argument of machine theory by saying that for particles, in a closed physical system, the world could be deterministic but biological evolution cannot be determined in advance, take for instance, exaptation.

Exaptation is rampant in evolution. It is a biological trait that is the result of natural selection where features acquire totally new functions. For instance, dinosaurs have feathers but these were not used for flight, rather for control of body temperature.

Therefore, Kaufmann claims, exaptation can never be forecasted in advance. The problem here is not lack of data. Even if we know the position, habits, and environmental circumstances, of all living beings surviving in an era, we could not possibly foresee any trait and evolutionary functions that would later emerge.

The evolutionary pathways develop not because of complexity alone but it also has to do with the nature of biological functions. Therefore, the equation expounds that there could be infinite number of ways in which feathers can be co-opted by natural selection. And this infinitude can never be ascertained.

Does that mean we lack tools for prediction? Probably, yes!

We, Kauffman says, do not know “how” nature develops intrinsically, therefore, he doubts, whether we will ever know the trajectory that nature follows in the future.

Further, as per Kauffman’s perspective, the existence of living beings is in contradiction to a fundamental physical law. In accordance with thermodynamics, there happens to be a steady increase in entropy. Therefore, every living system must move towards chaos. This principle, however, is moving in the opposite direction. The intrinsic effort in living beings gravitate towards persistent order and complexity.

Kauffman has converged this resolution with Montévil and Mossio’s theory. According to this hypothesis, living things are unique objects in the universe when it comes to harness and sustain energy.

In the inorganic world energy is harnessed only when we intentionally create restrictions. By igniting gunpowder within the barrel of a cannon, we channelise the release of the energy in one direction thus avoiding it from otherwise dissipating into the air. There is no such mediator in the living world.

We, the living beings, construct our own constraints. As beings in the living kingdom evolve, they simultaneously create channels through which they absorb energy from the environment. And this phenomenon is different with respect to different species. It is by virtue of this circumstance that living beings, effortlessly, are able to prevail over the inevitable increase in entropy.

Kauffman then ponders on the next question how does inorganic nature of things give rise to organic form of life? He replies that it is the outcome of straightforward consequence of molecular diversity.

In a “sufficiently diverse chemical soup”, there could be an emergence of integrated ‘sets’ of molecules. These ‘sets’ at an individual level have acquired self-sufficiency, which makes them fall in the subsequent higher level. Or the molecules in a particular set might have mutually catalysed by each other to reach for the next stage.

In the book, there is quite a distance between the mathematical possibility of functionally closed and self-sustaining system also ‘autocatalytic’ sets and living organisms. Or could be that autocatalytic sets instead of dissolving into the surrounding medium, evolve collectively into single functional unit. More so, these sets could reproduce or make clone like structures. Thus, giving way to evolution in the Darwinian sense.

By the end of the book, Kauffman abandons the idea of cause and effect. Biological functions and organisms as a whole cannot be understood in a deterministic way.

Organisms, he thinks, do not “cause” things to happen. The presence of organisms, “enable” other events. For instance, hippopotamus does not “cause” barbell to flourish. Rather the presence of hippos “allows” the little fish to nibble away all the ticks and parasites on the semiaquatic mammal’s skin. Thus, making the barbell colony to thrive around them.

For Kauffman, the new specie does not easily find a way within nature rather they reshape themselves accordingly and make a way towards sustenance. Therefore, every new specie – single cellular as well as multicellular – comes with new possibilities and opportunities for symbiosis with other kinds of organisms to sustain and prosper.

In the concluding chapters, he says, biosphere is similar to economy. New technologies do not push around the already existing technologies. Rather, new technologies are complimentary tech. And innovation always gives rise to possibilities of new services, which were otherwise non-existent before. For instance, internet complimented with the already existing mode of communication. And it also gave opportunities for cybersecurity software and consulting.

Thus, Kauffman ends the book by saying that in both, biosphere and economy, the trajectories of respective entities can never be predicted beforehand, and thus both are effectively “beyond physics”. 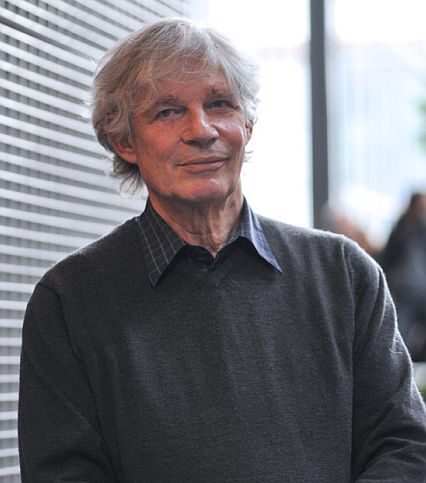 Origin of life from inorganic matter has been one of the most sought-after puzzles that has baffled philosophers and scientists alike. Philosophers find solace in words and at times poetry but scientists prefer tangible answers.

Kauffman’s idea that biology cannot be reduced to physics, however it is beyond physics, make an interesting point of view.  No mathematical law can describe evolution and biodiversity or maybe we are using the wrong tools. Or whether current physics is inadequate. There could be more laws waiting to be discovered.

The discussion is till on. However, it is super exciting to know and read about different points of view and ideas that shaped-up our origins.