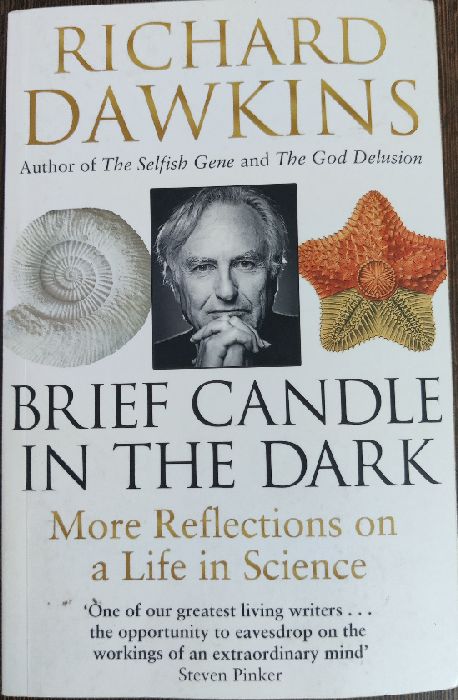 Brief Candle in the Dark: My Life in Science is the second volume of Richard Dawkins’ memoirs, first being An Appetite for Wonder: The Making of a Scientist.

As expected, the autobiographical memoir is not a chronological tale, rather it is a series of anecdotes. In fact, Dawkins writes,

His narratives include his life in oxford, professorship, behind-the-scenes of his television programs, prestigious lectures he’s given and recapitulations of some of the ideas he’s advanced as a scientist and a public intellectual.

I enjoyed the part where he talks about his incredible life during travelling to distant places. He went to Japan to search for giant squid. And from there to isolated regions of Galapagos Islands. It was in Galapagos for five weeks in 1835, that inspired Charles Darwin to develop his Theory of Evolution. Dawkins wanted to taste the euphoria so he decided to venture the islands. Finally, he went to the U.S. for a book tour. He discusses his itinerary of how he lectured and networked with famous people, like Neil Armstrong, Christopher Hitchens, and Larry Summers, to name a few.

Unlike his other works, Dawkins here isn’t talking about his complex ideas, neither can we find any introspection, considering we are reading a memoir. He talks very little about himself… humility, maybe.

He starts talking about one thing and then digresses to another. At times it becomes slightly difficult to cope up with the subject. It’s like info is spilling out directly from his stream-of-consciousness.

References to other books, speeches, and lectures, it seems as if one is sitting in front of him and allowing him to speak, which I feel is not possible for Sir Dawkins when he is on the other side of table with Neil deGrasse Tyson, no offence 🙂 Here is the YouTube link of an interesting conversation between the two intellectual geniuses, from where I deciphered my point. 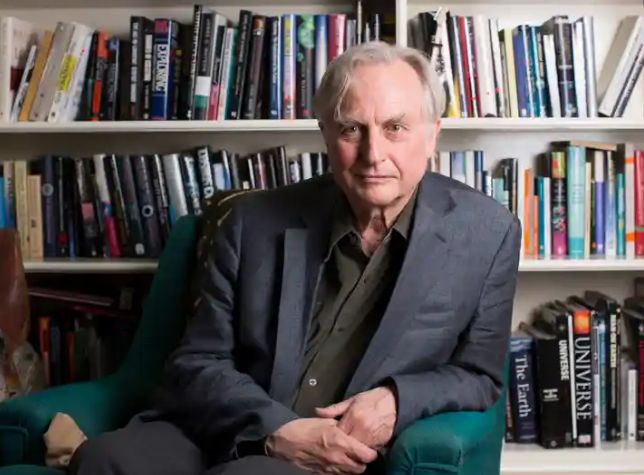 Richard Dawkins is not only a vocal atheist but he is also a popularizer of science and defender of scientific reason. He insists on questioning religious beliefs and faiths. According to him,

“faith seems … to qualify as a kind of mental illness”

“what has ‘theology’ ever said that is of the smallest use to anybody?”

I’m a huge fan of his two famous works, The God Delusion and The Selfish Gene and I strongly feel that his books should be a part of every school curriculum.

Brief Candle in the Dark, is a good book but if one is looking at it as a chronological sequence of episodes, then one needs to give it a second thought. Also, this book is not for readers who are new to Dawkins’ ideas. I’d say, try reading his other works before reading his memoirs, else one might get lost in the ocean of his anecdotes.

All in all, it is a decent walk through of his last forty years. His gratitude to his colleagues and his enthusiasm for science and learning still shine through clearly.