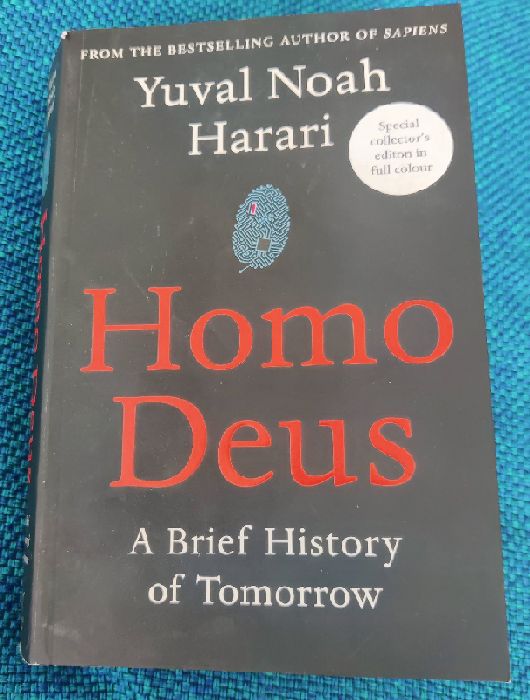 Dataism is the new religion! – is the motif running across Harari’s Homo Deus: A Brief History of Tomorrow.

As with its predecessor, Sapiens: A Brief History of Humankind, the book deals with evolution and the abilities that humans acquire as we move along the evolutionary scale. And how we process these capabilities only to fabricate a world where there is no place for us.

The book is divided into three parts:

Harari says that some of us might expect that humanity will create a sentient being in form of a robot which will possess human like consciousness. But reality is quite different. We already have built a huge machine capable of understanding ourselves better than us, and that is, the huge data-processing networks.

Google, for instance, is not just a search engine, rather it is a machine that can process our behavior. It knows everything about us, even more than us!

Earth is ‘peopling’ as an apple tree is ‘appling’

In Sapiens, Harari illustrates that we are here just by chance. There is nothing extraordinary about who we are or our existence. This reminds me of Alan Watts’ famous idea, our planet is ‘peopling’ as an apple tree is ‘appling’ and a flower is ‘blooming’. And now the time is near when the Sapiens rule is about to end.

The specie has out grown itself. With tools of technology and science, humanity is ready to take the next leap to become super humans, like mythological God figures. And create new artificial life and clone themselves.

Humanity, according to Harari, has overpowered nature. Wars, famine, disease (this book is written before coronavirus pandemic) are increasingly becoming obsolete. How? By treating human beings as units of information, Sapiens have developed intricate networks.

According to evolutionary science, we are now algorithms that can make copies of themselves. For instance, coffee vending machine works through electricity and mechanical gears. Humans require emotions, thoughts and sensations to operate. Therefore, we are just data processing machines!

Thus, we can control mastery over our fate by exploiting the data. However, the irony is, algorithms coded by us execute commands more efficiently than we ourselves. 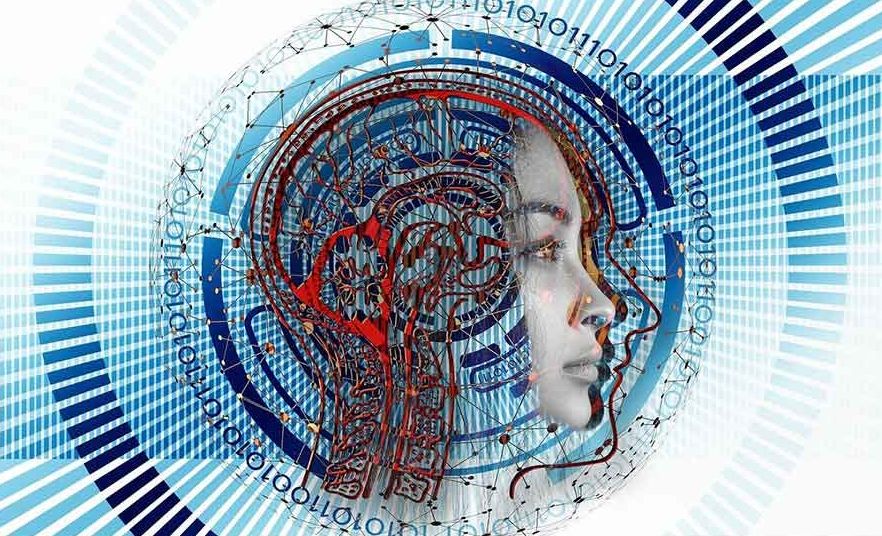 Given power to networks

Homo Sapiens were supposed to give meaning as well as power to the world. As voters and consumers, we were meant to decide the world’s as well as market’s trajectories. But that is not happening any more. We have given our power to the networks. They use our power of “free will” and “subjective ideas” to determine what will happen to us.

The social system in which we live is composed of humans, yet the system in itself lacks consciousness. And that is why the system/state/government/ bureaucracy sometimes do the most fearful things, postulates Harari. If we scratch the autonomy of system/state/government/ bureaucracy we will find a civil servant with real feelings. But by scratching the search engine we will only find data points.

We are relying more and more on search engines for our day-to-day activities and consequently, we are ushering an era of data-driven transformation. And things are indeed moving at a faster pace.

In 1800, humans thought meaningfully about the ensuing century. However, Harari speculates that humanity cannot imagine how 2100 would look like. Maybe, a world that has no place for us.

We really can’t do anything about this inevitability. Belief, like individuals are in charge of their fate, is nothing more than a mental notion that lacks logic. Today, it stands like a myth. Networks have always owned the real power and not an individual entity.

Individual beings are powerless creatures. Single human can never beat a lion or a bear. However, they can do so when in groups. And this is how – by creating networks – we have developed corporations, religions, states, cultures and ruled the planet. Now, this networking ability has taken us to the next level, where we are now a part of the gigantic network of interconnected information flow.

In this huge mesh of data points, locating resistance speck or trying to go against the wave of global information is becoming difficult all the time. 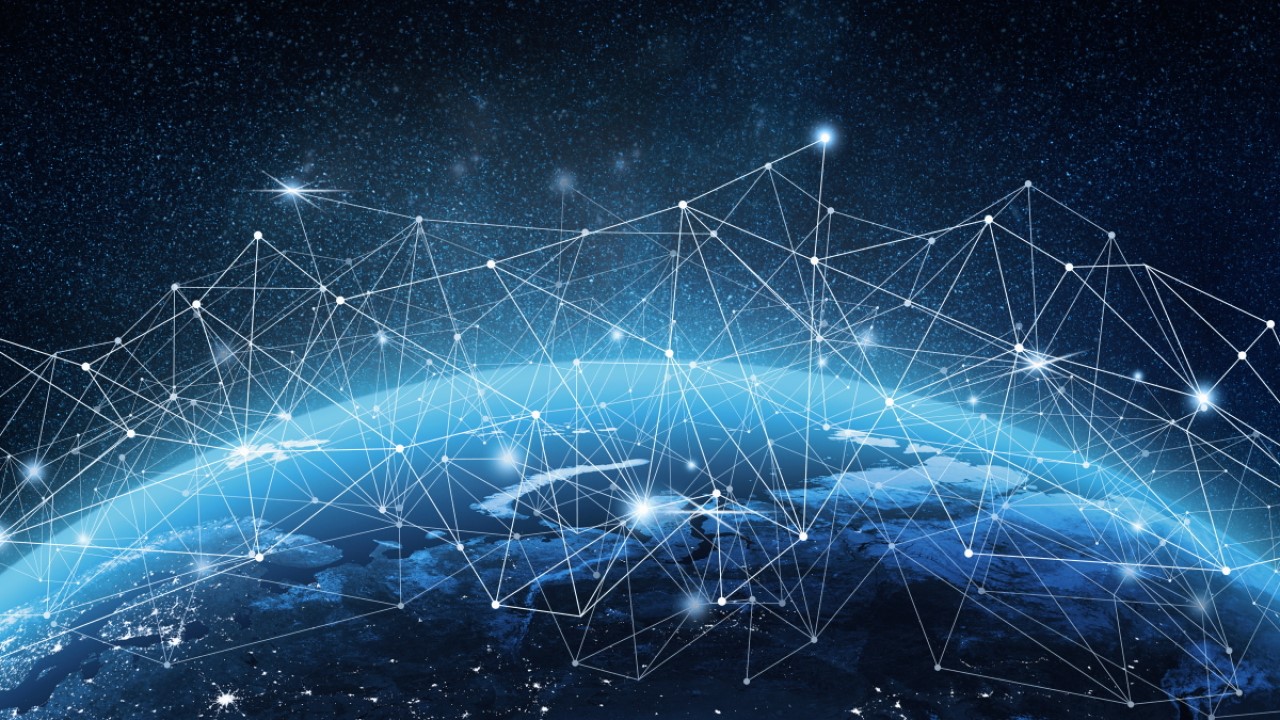 Dataism is peeping at the horizon

Ideologies representing free will and individuality like liberalism, democracy and personal autonomy are coming to a halt. New religion called Dataism is peeping at the horizon.

Its followers are giving credence to information only. We as individual humans are like single data points and at an individual level each one of us are contributing to data processing.

With each technological advancement in data serving and processing platform, we are finding it convenient to access information of our choice. Gradually, our preferences and experiences will be going to merge.

Dataists unlike humanism supports immortality. Humans die but data points do not. Therefore, for dataists the next limit to cross is, immortality. In the era of Dataism, humans will be an accumulation of information points monitored by powerful algorithms.

The early adopters of Dataist project will reign supreme with power, which eventually be left relatively unchallenged.

Entering into this super-elite Dataism religion will be the talk of the day. And the ones who deny such presence will be considered an old school or a fish out of water. Individuality will then be about merging of personal identity with intelligent machines, it’s like ancient civilisation of Egypt multiplied by the power of metaverse. 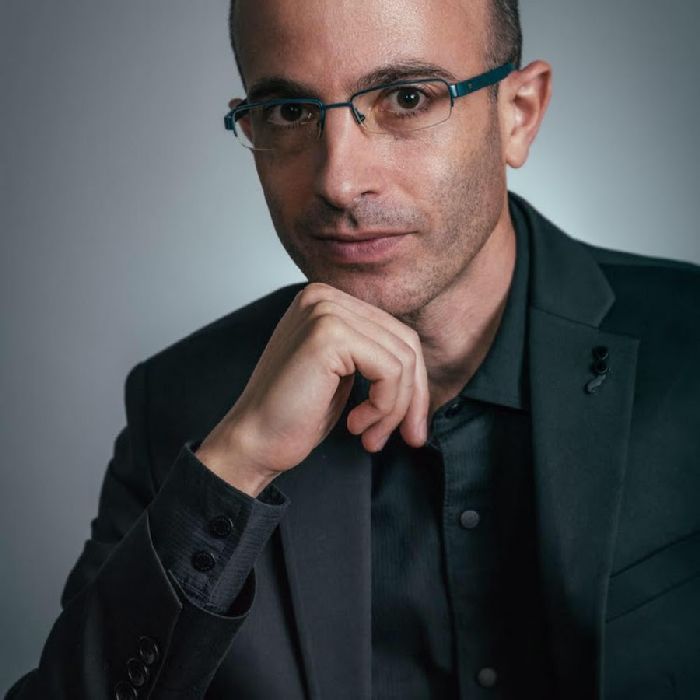 Harari points out that he does wish impose his ideas on our future rather these are his points, which he deciphers after seeing the trends of his times. He wants us to reflect the way we treat animals or species that we feel are of less importance or less intelligent than us because we might face the same treatment from the future AI powered machines.

Very deftly Harari has merged quality pieces together with attention to detail and excellent craftsmanship. Homo Deus is a book full of sharp insights and intelligently prophesized future trajectories for humans. From the point of view of intelligent machines, it’ll be quite speculative.

This book takes me into the reflective mode, it helps me think our prospects in a data-driven world with a patronizing indifference towards everything. And how we as humanity treat animals as insignificant. Eventually, that attitude will hit us back when we all are going to live under the reign of smart machines.