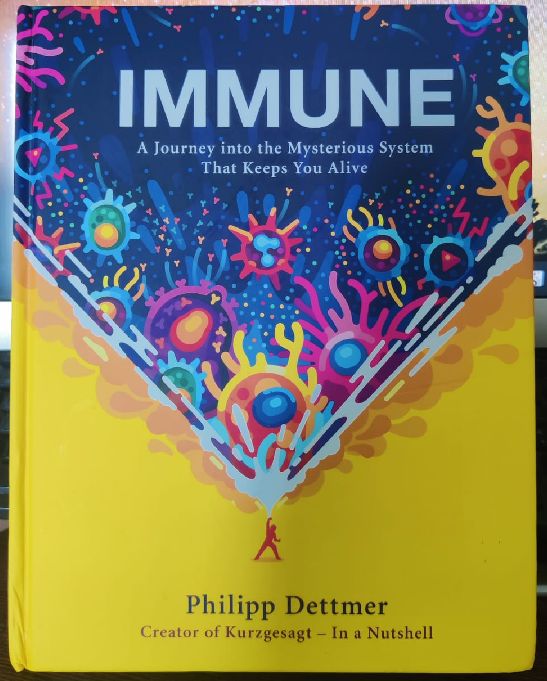 As the name suggests, Immune: A Journey into the Mysterious System that Keeps You Alive written by Kurzgesagt founder, Philipp Dettmer talks about the inner workings of the human immune system. A world which totally relies on pathways and chemical signals. And where each and every tiny molecule has a very well-defined role.

Dettmer has explained scientific concepts related to human immune system in the most interesting and comprehensible manner. His description of various cellular components metaphors and similes makes it straight-forward to understand and easy to visualize, for instance,

“… the killer T cell is a dude with a hammer that bashes heads in while laughing maniacally.”

“The awakening of the adaptive immune system usually begins in the lymph node dating pools, where dendritic cells covered in hot dog buns filled with antigens try to find the right T cells.”

How parasites and microbes sneak their way past our body’s defenses, how viruses work, and what goes on in our wounds when we cut ourself, everything is so beautifully explained that I could actually see it happening in front of me. 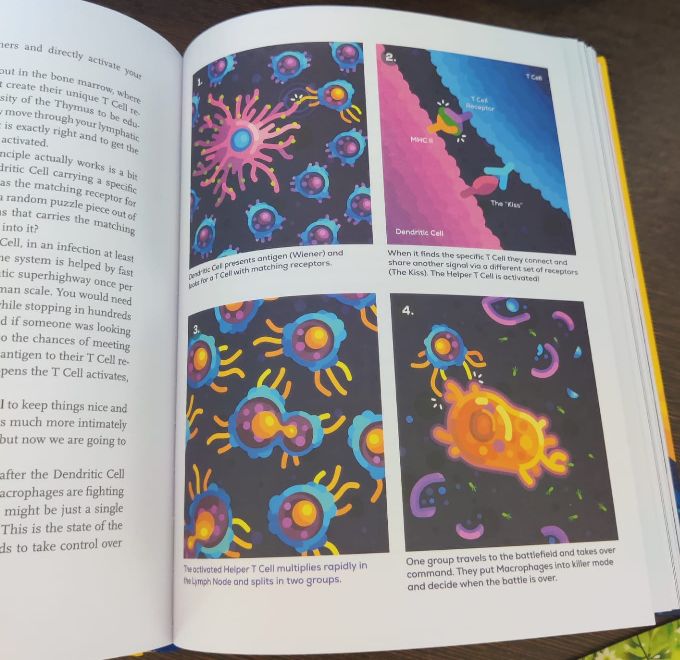 Immune system is a patrolling agent

Immune system as a whole function like a patrolling agent throughout the body with the fundamental motif, “distinguish the other from the self”. And when the distinction component gets incoherent, diseases like autoimmune and cancer begin to grow. Allergies and anaphylactic shock are also the work of immune system.

His easy-to-follow narrative portrays the entire immune system as soldiers protecting the fortress like body whenever an outside intruder tries to move in – be it cut, accident or disease, the army is always standing on its toes to attack. Like a vast library it has also embedded huge reservoirs of all our past illnesses.

Like epic war movies, Dettmer illustrates wrathful battle between the outsider – pathogenic soil bacteria – and insider. Macrophages (the black rhinos in his story) the first respondents were exhausted, and almost defeated. And then arrive the Helper T Cells at the battlefield and spread out quickly. In his words,

“Suddenly thousands of new soldiers arrive, which are the T helper cells. A jolt of energy shoots through the macrophage’s bloated body. In a heartbeat, its spirit comes back and it feels fresh again. Helper T cells whisper magic words to the tired soldiers, motivating them to get themselves together and engage the bacteria again – with even more violence than before. The specialist forces of antibodies then arrive, like assassins with sniper rifles”

Of the total 40 trillion cells in the human body nearly billions are dedicated to the immune system. They work as macrophages, neutrophils, dendritic cells, T-cells, B-cells, and natural killer cells. Although this is not a complete list but the roles of these cells constitute major chunk of the book. 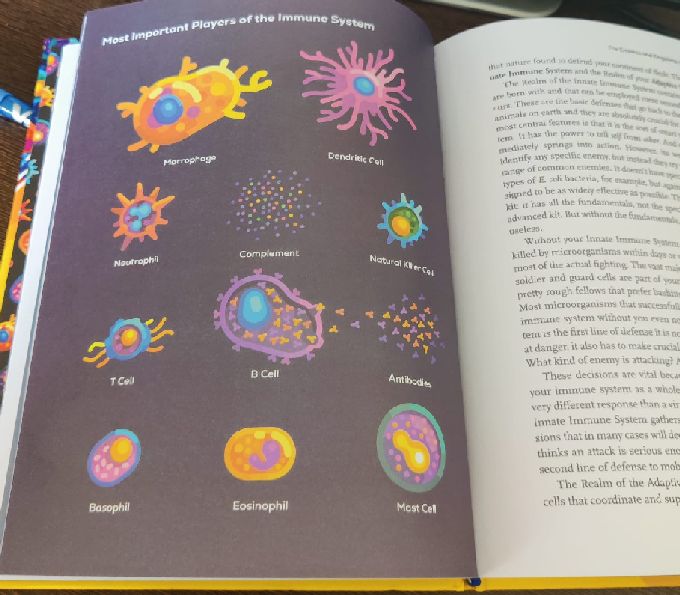 Each chapter is dedicated to specific element of the immune system. For instance, the book covers topics like:

The body ceaselessly generates immune cells. Surely, it produces more lymphocytes than required. Lymphocytes assist immune system to not only fight antigens but remember every antigen it comes in contact with.

The extra or left-over cells via apoptosis automatically remove themselves from the system. Therefore, the exact mix of cells the immune system needs to function at its optimum level can never be known.

‘In a nutshell’, a healthy immune system maintains homeostasis of the body by keeping a check between the self and the other. 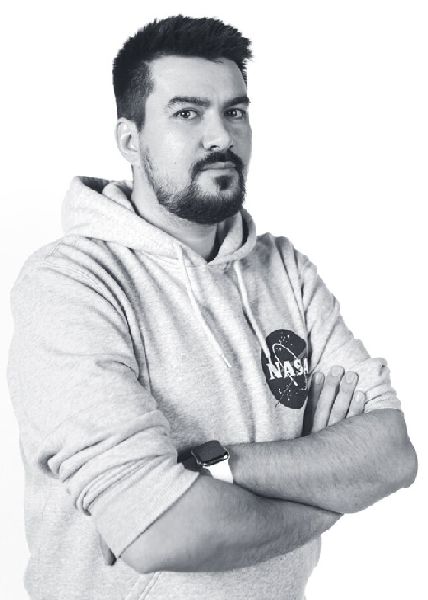 The immune system is a complex network of organs, cells and proteins, but Philipp Dettmer through his creative analogies, humour and wonderful illustrations made it a delight to learn about. Unlike any medical journal, this book – although big and heavy – is written in digestible chunks without getting lost under the heavy scientific terminologies.

I loved this book. The footnotes are really a nice touch not to miss the summaries at end of every chapter is very helpful. It surely is the result of hard work since the book wouldn’t have been completed without the consultations from many scientists and experts in immunology.

Like me, if you are also curious to know the workings of the immune system, it is a must-read.