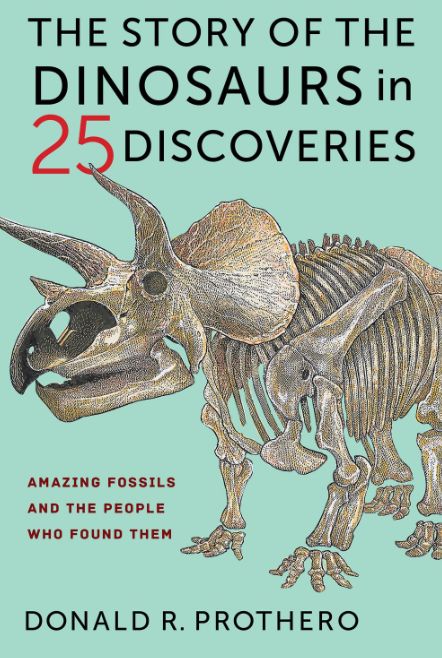 Since the origin of life in 3.5 billion years ago, hundreds of millions of species might have lived on planet earth. Most of those are extinct by now. In his exceptional book, The Story of the Dinosaurs in 25 Discoveries: Amazing Fossils and the People Who Found Them, Donald R. Prothero has tried to surface those species that led to the landmarks in evolution. The idea was to signify evolutionary transition from one group to another.

An interesting read for those who are looking for history of dinosaur science. Very beautifully he has woven evolutionary biology and history into his narrative.

The story of dinosaurs

Prothero squeezed the encyclopaedic content to mini reviews of various dinosaur families. From eighteenth-century sightings of colossal bones to Tyrannosaurus, he has given us the picture of 165 million years of fossil organisms existence.

The book is divided into four parts:

First segment, is dedicated to the early discoveries and the first dinosaurs. Professor Prothero talks about:

By the end of the section, he focused on Eoraptor from north-western Argentina. It is the earliest-known dinosaurs, that lived approximately 231 to 228 million years ago.

Second segment introduces us to the long-necked giants Diplodocus, Apatosaurus and Brontosaurus. According to Professor Prothero, the largest animal ever discovered was the huge sauropod dinosaur Argentinosaurus.

“The mounted skeleton in the Museo Municipal Carmen Funes is 40 meters (130 feet) long and 7.3 meters (24 feet) high, even longer and taller than the original estimates.”

It also covers two important things of its time:

Third section, deals with theropods, the carnivorous giants. It is characterized by hollow bones and three toes and claws on each limb. And cover Spinosaurus, Giganotosaurus and Tyrannosaurus rex a.k.a. T-Rex, one of the best represented theropods.

In addition, the segment also refers to poaching, stealing and the illegal sale of fossil material to private collectors and dealers.

Bird-hipped dinosaurs are covered in the fourth part of the book. Ornithischians (duck beaked, horned, and spiky armored) dinosaurs such as Stegosaurus, Triceratops and Corythosaurus forms the main content of the last segment. 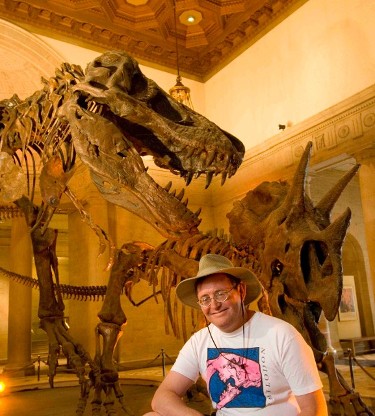 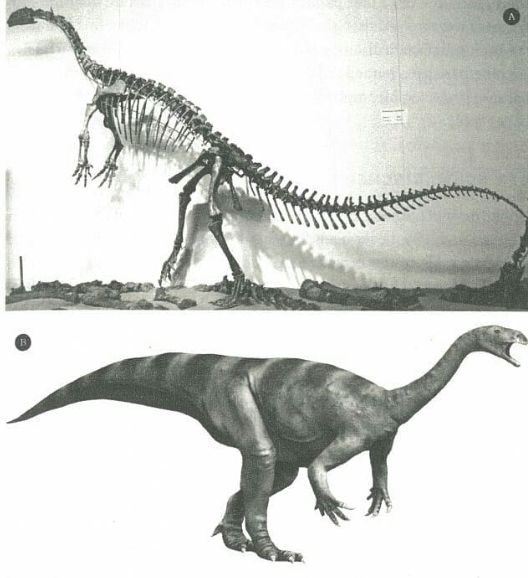 This book, however, surfaces many more such creatures – the life and how the world was during these organisms.

An interesting point to be noted is, same type of dinos were located on different continents and this insinuates Earth’s original configuration of Pangea – when all continents were arranged together as single supercontinent!

And an asteroid’s impact in the Yucatan Peninsula in Mexico did not lead to the extinction of the entire nonbird population of dinosaurs. Rather it was the result of devastation and climate disruption that caused the Cretaceous–Paleogene extinction – a mass extinction of 75% of plant and animal species on Earth, including all non-avian dinosaurs.

Overall, the book encompasses history of the science, anatomy, evolutionary biology, and many bones. I enjoyed reading about the history of paleontology and how human have viewed dinosaurs over the years. I’m sure dino lovers too will appreciate the efforts put in by Professor Prothero.