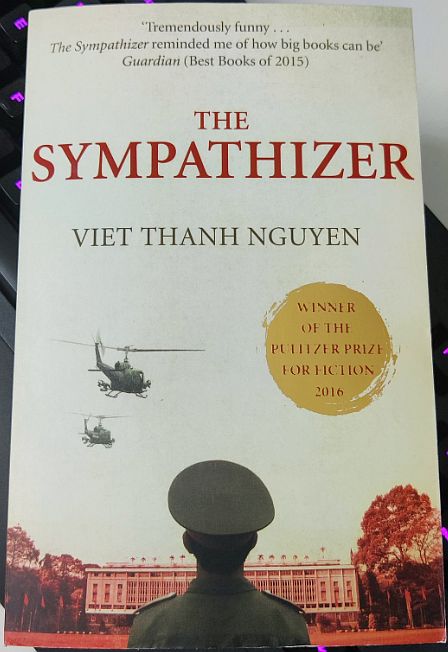 The Sympathizer by Viet Thanh Nguyen is a spy historical fiction of an unnamed half-Vietnamese, half-French undercover communist agent during the South Vietnamese Government in 1975. The content of the book is primarily a confession per say, of course in first person, of an anonymous spy who is being held as a prisoner.

Historically, by the end of April 1975, the North Vietnamese had enveloped Saigon for a complete takeover. The coup not only forced the South Vietnamese to surrender but the US too was forced to abandon its embassy in the city and also evacuated more than 7,000 US citizens and South Vietnamese.

Duality in the protagonist’s blood

Accordingly, the protagonist too is forced to abandon Vietnam. The book mirrors his timeline from refugee camps to relocation in Los Angeles and from there his career as a film consultant in the Philippine and ultimately his return and consequent imprisonment in Vietnam.

From the book we infer that the narrator’s (also the protagonist) life is a series of dualities. He is a man who undergoes identity crisis. His heritage (mother Vietnamese and father French), his ideas, his profession, he is a communist agent supporting the socialist army of North Vietnam and at the same time, he is friend to South Vietnamese military officials and soldiers. Outside the Vietnam, he is also a United States CIA agent.

Therefore, he is constantly fighting his inner battles to choose, on what side he is.

Racism and disenfranchisement of minorities

As we move further in the plot, we meet General Bon, who happens to be the narrator’s friend. His family dies during evacuation and so he along with the protagonist moves to the US where he opens a liquor store for survival. Bon shows his disillusionment as he faces racism and disenfranchisement of minorities on the American soil. Eventually, the narrator receives information of a possible uprising on the new land.

At the same time, he receives an offer as a movie consultant from Hollywood where a film on Vietnam War is being made. As the plot progresses, he notices that the Vietnamese point of view is being distorted. Also, he realizes that he has been participating in a smear campaign against his own people. Very blatantly he puts forward his thoughts on the project. And when the movie is complete, there happens an “accidental” explosion. Narrator thinks it could have meant for him, and luckily it didn’t go as per the “director’s plan”.

Later, post the event, he disobeys his intelligence advisor and decides to go back to his native country. Before returning, he murders one of his college acquaintances, who also happens to be a Vietnamese newspaper editor named, Sonny. The guy had been sleeping with his girlfriend.

Eventually, he lands up in Vietnam. However, he is captured there and while in prison, he is forced to write his confession. His first effort of writing the confession didn’t go well with the commandant and the commissar. Narrator is not aware of who they were. When he finally sees them face to face, he is shocked beyond belief to know that the commandant is actually his intelligence advisor, who previously did not support his idea of returning back to the Vietnam.

Eventually after succumbing to torture, he admits that he did nothing when a female communist agent was raped and tortured. Also, his written “memoire” is full of reflections on the conflict between France and Vietnam, and between the USA and Vietnam.

At the climax, we find that the commandant pays for his release from the camp. And he then boards the Vietnamese Boat People, as a refugee and leaves Vietnam for the last time.

In his post interrogation (by the end of the novel), the protagonist experiences an epiphany. In his new mode of mental clarity, he realizes the ideas that he had supported throughout his life and the revolution for which he had sacrificed almost everything has betrayed him. And in that state of the bottomless pit of despondency, he shows an indomitable and essential will (of all of us) and that is, to live on.

we still consider ourselves revolutionary. We remain that most hopeful of creatures, a revolutionary in search of a revolution, although we will not dispute being called a dreamer doped by an illusion. . . . We cannot be alone! Thousands more must be staring into darkness like us, gripped by scandalous thoughts, extravagant hopes and forbidden plots. We lie in wait for the right moment and the just cause, which, at this moment, is simply wanting to live. 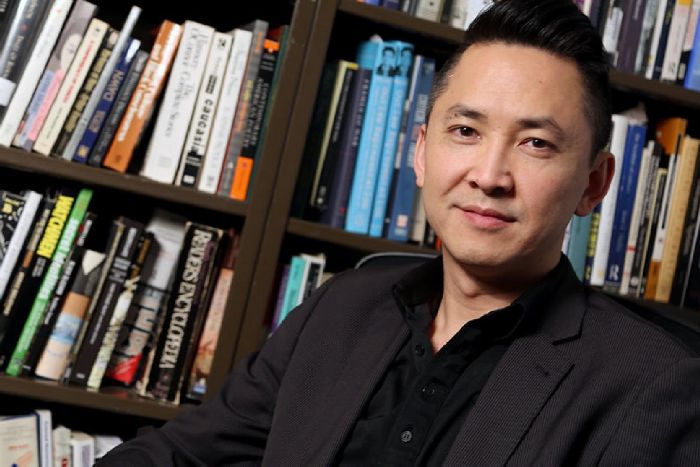 The Sympathizer has rich flavour of authentic Vietnamese perspective in terms of individual identity, race and culture. In addition to confusion, chaos and terror that reign during post war and political aftermaths.

Readers, I believe, will easily connect with the moving plot, even though the narrator is always hiding behind the bars of slippery duality.

Nguyen has put forward the notion that whenever Americans (or any country that lets in refugees) sees a Vietnamese person (or an expatriate), they always think of war. Refugees then become the target for wrath and anger of the war that of course is a past event. And this is the sorry state of affairs within humanity.

This is my first reading of Vietnam War writing. And if its your first, it won’t be an easy one. Although the writing is outstanding. I thought, it’ll be a fast read but it happened otherwise with me. At time’s I felt exhausted especially when the dialogues morph into paragraphs. But then the direction of the narrative kept me glued to the book.

The effect of the book is tremendous, I mean, that’s what a good book supposed to do. Once we finish reading, it’ll force us to rethink our ingrained assumptions regarding history and human nature. As time will progress, this book will surely make its way into the realm of classics.