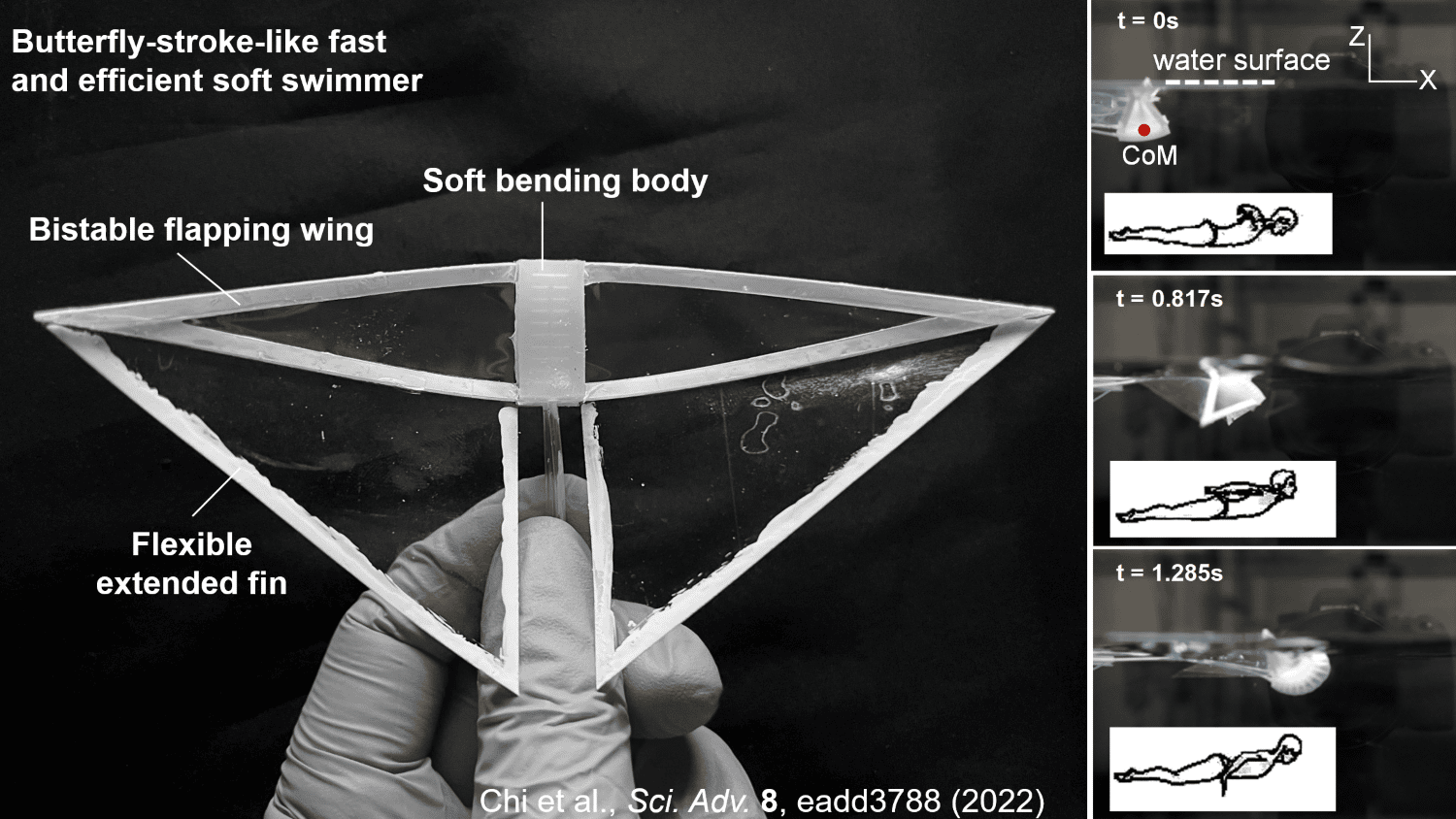 In an effort to create faster and more energy-efficient soft robots, researchers at North Carolina State University have created a prototype of swimming soft robots based on manta rays.

The team got inspired from the biomechanics of the marine animal.

Rate of swimming for most of the (swimming) soft robot is one body length per second, manta rays, however, glide at much faster rate. Their swimming efficiency triggered the scientists to look into the potentiality of creating a similar robot, biomechanically.

The bots have been named as “butterfly robots” because their swimming motion looks like butterfly stroke, the (swimming) movement performed by human swimmers.

To understand the propulsive efficiency – the phenomena that occurs during flying and swimming of animals – the team made use of Strouhal number.

Strouhal number is used in describing flapping wing flight. High Strouhal number corresponds to the notion that oscillation (back and forth movement in a regular rhythm) is dominating the flow.

While low Strouhal number means that oscillation is swept away because the flow is fast.

As per the scientists, the peak propulsive efficiency falls somewhere between 0.2 and 0.4 Strouhal number. And both the butterfly bots have Strouhal numbers in this range, claim the researchers. 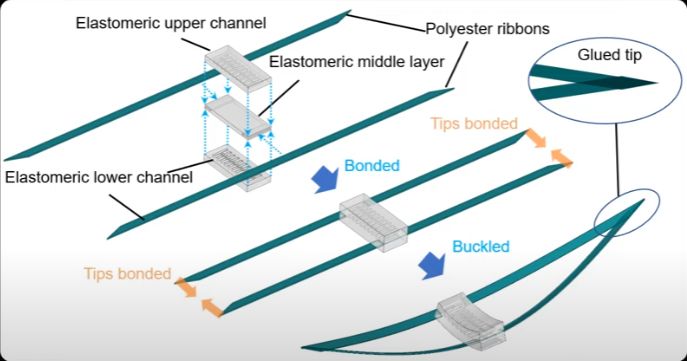 The wings of the butterfly bots have two stable states hence they are “bistable”. Just like a hair clip has two different stable shape – one closed, before bending and second, open when some pressure is applied to it.

The wings of the soft bot are fastened to a soft, silicone body. A switch is embedded between the two stable states in the wings.

Once air gets pumped into chambers within the soft body, the inflation and deflation give the effect of body bending up and down hence propelling the wings to move back and forth with it.

The two soft robots – faster and manoeuvrable butterfly bot, differs in number of “drive unit”. The faster soft robot has one drive unit while the other has two drive units.

Just one drive unit makes the former bot glide fast but give no extra edge on turning left or right. However, with two drive units, the manoeuvrable bot, can take a quick sharp turn by flapping just one wing of either side.

Previous attempts to create flapping robots used motors to power the wings, this time, the circuit has been replaced by bistable wings. This not only allows for a simplified design but also lowers the overall weight of the device, said Jie Yin, Associate professor at NC State.

I am a big fan of biomimicry robots. They have a huge potential to make their presence felt in the coming future. And butterfly robots with bistable wings is no exception either. These soft robots will be an asset in the exploration of new environments, both in underwater and in aerial environment.

Although the researchers envision to make an untethered and autonomous version, yet the prototype is already giving good results.

With an ability to synchronise their movements and transmit information, who knows, these machines can act as a bridge between animal kingdom and our world.